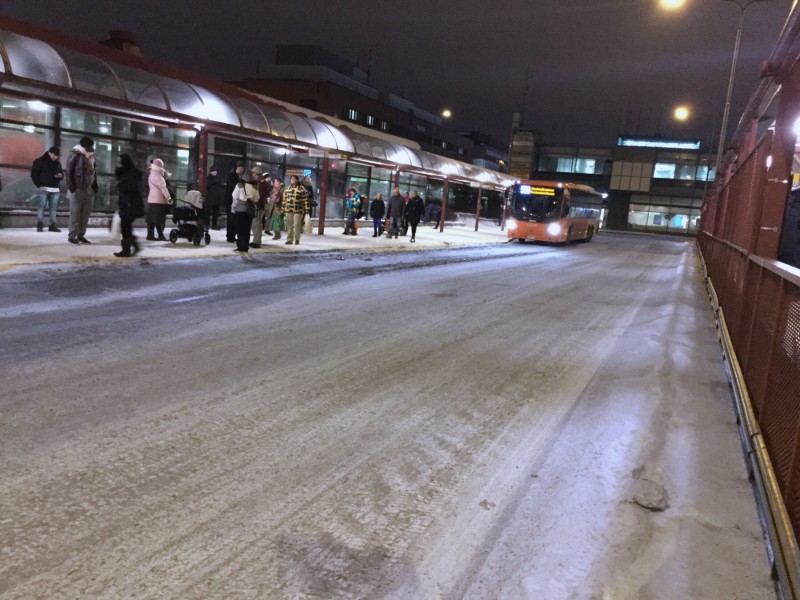 Naa got up first and I got up second. I was coughing as I left the house and trudged through the snow to the bus stop. I missed the bus my one minute and settled down to wait twelve minutes for the next one. Luckily, though, the bus was behind schedule and three minutes later it arrived very full. Full, presumably, of people who had thought they had just missed it.

I spent the first thirty minutes catching up with many things. I went through my email and worked out everything I need to do this week. Then I joined Tomas in room A510 where he handed over the Innovations class to me. I led a morning session which began by me finding out what they had been doing last week and progressed from there.

I had a meeting with Liisa at lunchtime, which meant we both sat at our desks eating our respective eväs.

The afternoon took place downstairs as I sat through a team meeting. Fortunately Fred is ruthless about the meetings ending on time and this one did. I then raced home to see the cat.

Now I am at Itäkaskus waiting for the 97 which should be here in three minutes. It is already getting dark and the light is strange and muted.

At home Sunshine will demand to go out and will last for just over an hour outside before demanding loudly to come back in. I will still feel like a man with a headcold and I will go to bed early.

Naa will spend the night at Kamppi.