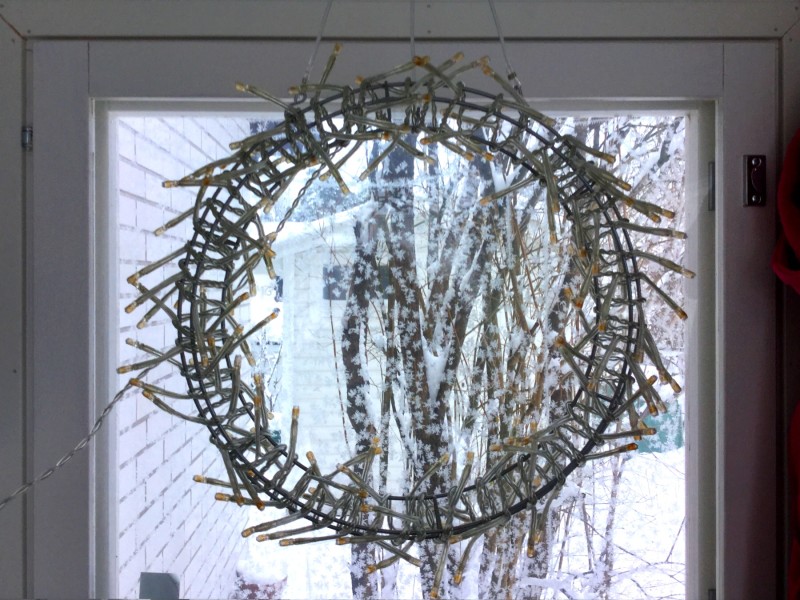 When we got up Naa was in a panic. She had woken convinced that she would not be able to afford the apartment, and was close to impossible to talk with. We had a fraught breakfast.

In the night it snowed and snowed and the paths I had made more or less disappeared. The temperature is just about zero and the windows have snow patterns on them. I am just about to leave the house to remake the paths. I will be a one man snowplough for almost three hours as I remake the paths and then completely clear the front yard, and the space in front of the kitchen windows.

Naa will go to see Tarkku and spend an hour or so with her.

Later we will have a delicious winter casserole that is exactly the kind of food you want after moving snow. Naa will calm down and once again be happy about the changes that are coming in the next few weeks. We will reassure her that her momentary wobble was both natural and reasonable, because the speed at which it has all happened has not left anyone with much time to get used to it.

As I step into the shower I will notice that my arms, back and legs are all aching. This afternoon was the first real exercise I have had since December, when I was last able to go for very brisk, very long walks. I will decide that, in this case at least, aching is good.

When I go to bed the temperature will feel just right. It is snuggling down in the duvet cold, not the kind of freezing in discomfort cold it has been recently. I will fall asleep immediately.