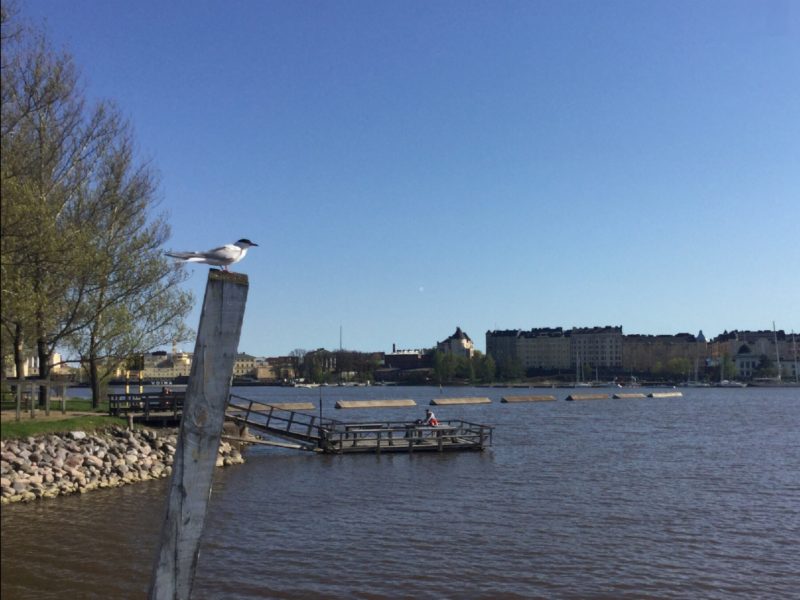 The weather was hot but I wore trousers to work because we will be having a dinner tonight. Damn.

Today was Arcada Day and I had been booked to run a workshop, and to run it twice. At 10:00 I was in a room telling seven people about the MOOC that Erik and I created and the path we took to create it. I showed examples of the videos we made, and then explained how we made them.

At 11:00 I was in the same room giving the same explanations to two people.

It turned out that I was not the only person who had very low attendances. Lars had four and two at his workshops, and the library had two and six. One workshop, about the dangers of befriending students on Facebook, was packed with worried people, and many of the unworried had taken the morning off.

In the afternoon I attended Matteo and Tore’s lectures, and then took the rest of the afternoon off to prepare the week’s teaching, and to catch up with some marking.

Now I am in a small group walking across Tervasaari bridge to Restaurant Sivu, where the Arcada Day dinner will be held. The view is excellent, the weather is perfect, and the diner will prove to be very tasty.

I will eat too many pancakes.