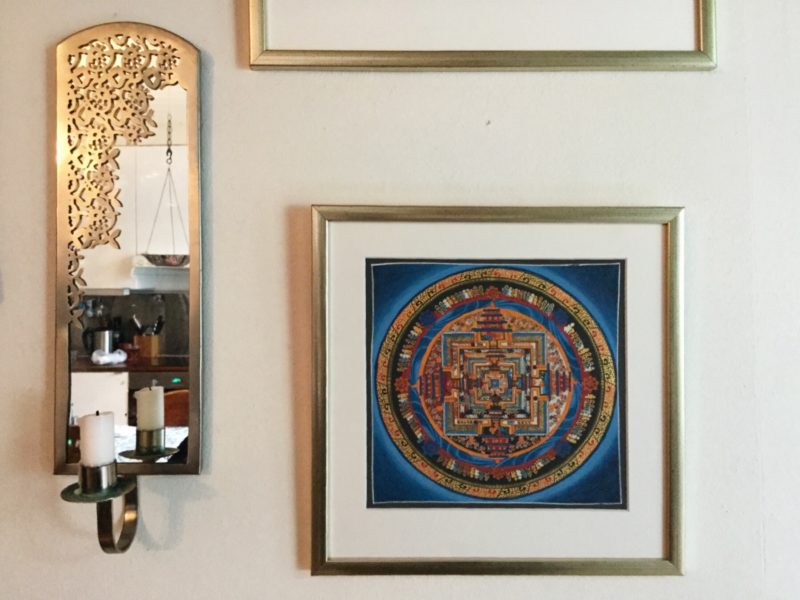 Today was the first day of the summer holidays so nobody had to leave the house. This was just as well since it was pouring with rain. The rain stopped and we did some work in the garden until Naa arrived.

We were supposed to be going to Sundö but Naa more or less refused, and we more or less agreed with her. We decided to go on Sunday after Naa has left for Italy.

When Irma and Auo went to Nepal they both bought mandalas in Katmandu. Irma has just got them framed and the three of us are now moving things around on various walls to find the right space for them.

Finally we have agreement. Here is Auo’s mandala. Irma’s is above it.

Later Irma will decide we need fruit and we will set off for Lidl. We will decide to go to the pne in Vuosaari to see what it is like. It will turn out to be large and spacious like the ones in Kalasatama and Porvoo.

We will buy a lot of fruit. And a lot of other things too.