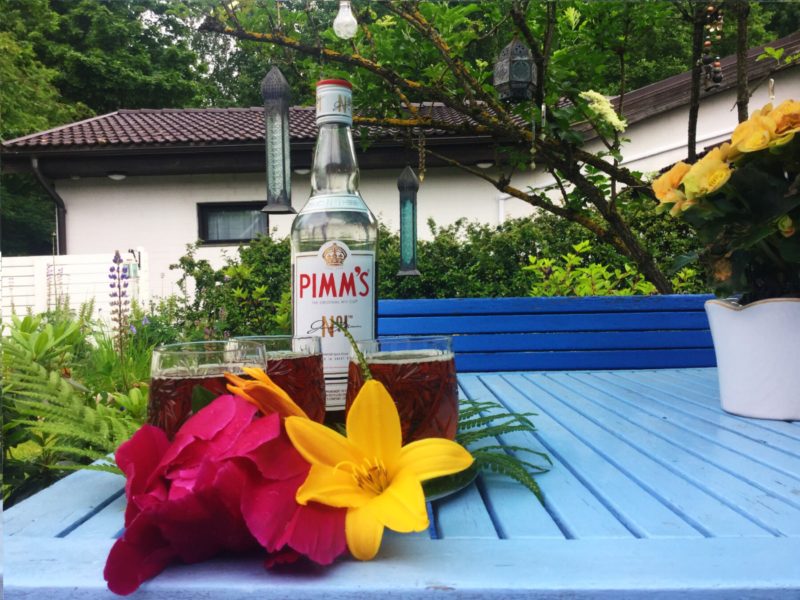 I woke about 8:00 and checked my iPad to see if the referendum had been counted yet. Yes it had. Britain had voted to leave the EU. Or rather parts of it had. London, Scotland, and Northern Ireland had all voted to stay, as had Liverpool, Manchester and Bristol.

I went back to sleep realising that there is a good chance that I will be alive to see the various parts of Great Britain fragment into separate countries, from which only Scotland will benefit – and Ireland if it is reunified.

Later in the morning we all got up to find that Nicola Sturgeon was already preparing a second referendum on Scottish independence, and Gerry Adams was muttering about reunification. We spent two hours trimming hedges.

By 17:00 we have run out of tasks. It is late in the afternoon and, for the moment, the gardening is done. Irma decides that we will have a midsummer Pimms to celebrate. I have not had it for years, but it is as nice as I remember.

Later Irma will make dinner and Naa will decide that half a Pimms is quite enough, thank you.