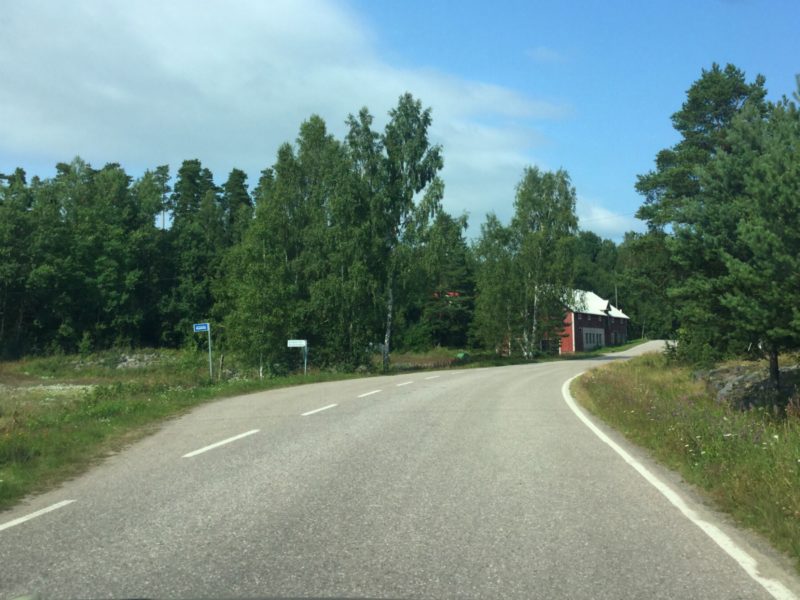 I began the day by finally finishing the white painting for Naa’s house. Only the doors and door frames remain to be done.

We drove to Soderby to the shop to post some letters and buy some UHT milk because the fridge is acting erratically. We then drove to Anne-Maj’s to get some flowers to put on Wilma’s grave. She finally had to be put down while we were in Tampere.

Now we are driving to Benita’s to fill our big water canister. The sky is clear and the weather is hot again. We will stop at Benita’s and, a few minutes later, Ville and Margit will arrive. We will sit chatting for half an hour, the first chance we have had this summer.