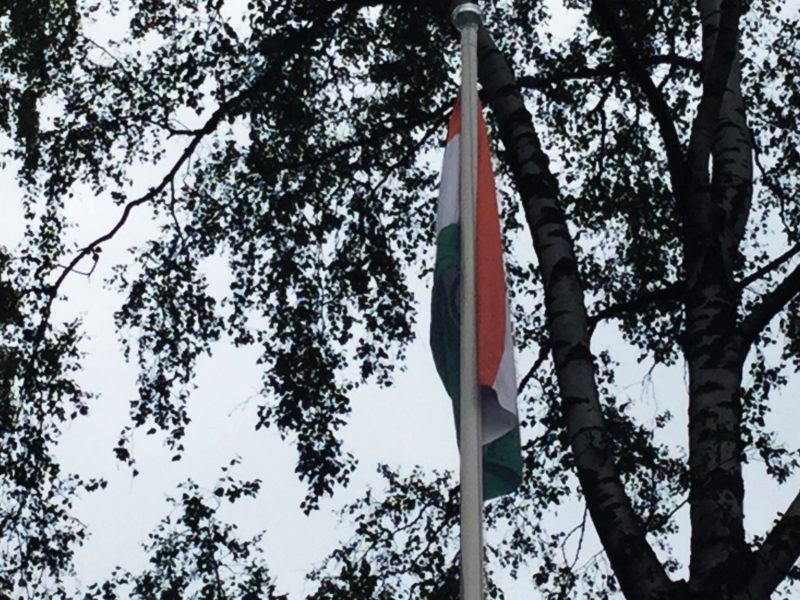 Today is the 70th anniversary of India’s independence. Irma has become involved with the Finnish-Indian society, and so we have been invited to the garden party at the embassy. I am standing on the lawn chatting with some Indian students and eating the best samosas I have had since we were last in Kerala. The ambassador has just read out the President’s speech in English and Hindi, and we have all been given copies.

In thirty minutes or so I will take the metro and tram to Arcada to start the new academic year.

I will talk with Fred and Nathalie and have a long skype conversation with Jutta. I will also catch up with emails, officially open the online course, and plan the details of the CMS course that begins in a couple of weeks time.

In the afternoon I will begin to explore DesktopServer and Netbeans. Apparently they work wonderfully together. The question I will ask: how will the students be best able to mess them up, and what will I be able to do about it?