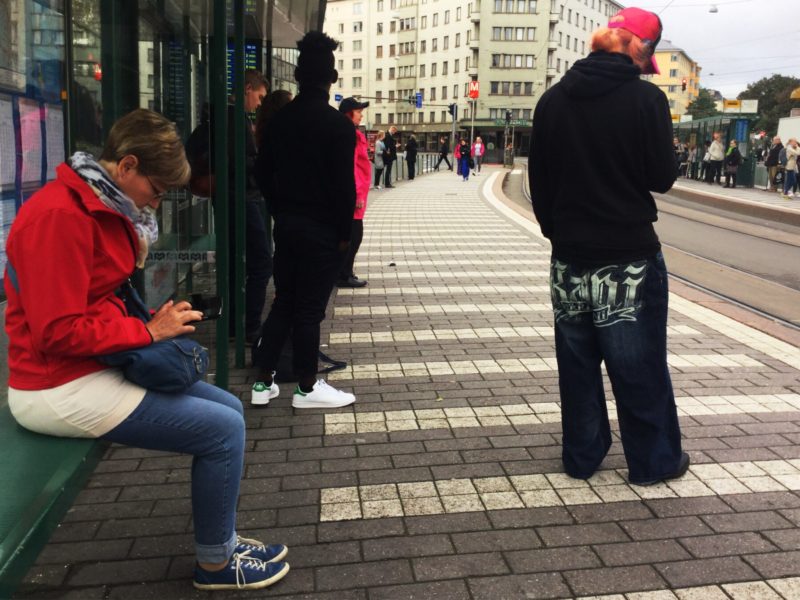 I cycle to Puotila and refrain from activating the pokestop. Instead I sit on the metro reading the latest issue of Q which I downloaded from the library Zinio app yesterday evening.

Standing waiting for the tram I notice that everyone has decided that autumn has begun. For the first time since I started work again nobody at the tram stop has decided to wear shorts. Everyone has trousers and, in some cases, they have apparently opted for over-large trousers. I will continue reading Q and learn that Meat Loaf and Jim Steinman have just released a new album. From the size of the review, and the fact that it is buried in a list of small reviews, I gather that the days when this would seem like a big event have long since passed.

I will get to Arcada and begin the final preparations for tomorrow’s CMS course. I will have a long skype chat with Jutta about this because the students will create mock-ups using Foundation in her UI course in Period 1 and then use these as the basis for creating a Wordpress theme and an accompanying site in CMS in Period 2.

I will walk to Arabia in order to rethink my plans for CMS and purchase some yogurt because I can.

In the afternoon I will learn that the rain we cycled through on Saturday was a proper storm in which more than the average rainfall for September fell on Finland in a few hours and flooded buildings all over the southern region. I will hold a thesis tutorial, do some more thinking and writing, and leave to join Irma in Töölö to visit her father.

We didn’t see him at the weekend because of dinners and tree climbing.