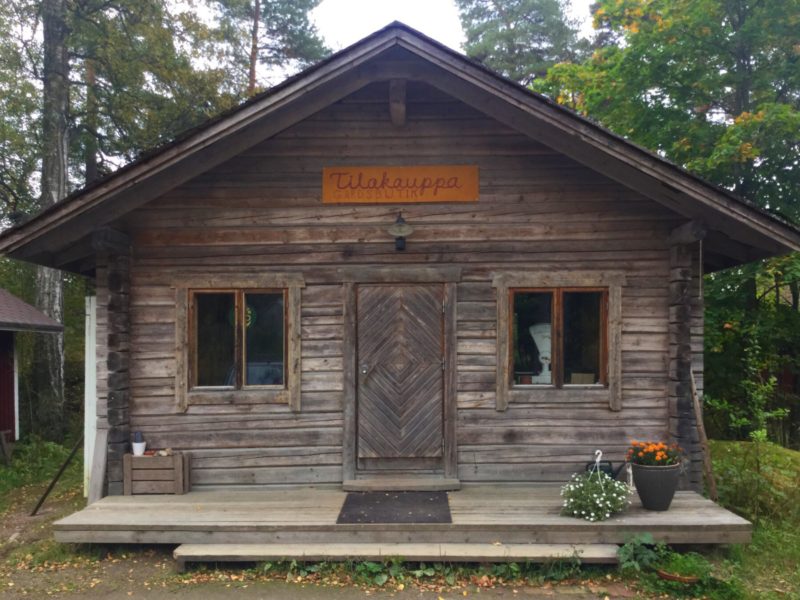 We got up early today and I had cleaned the floors, washed the bathroom, showered, and raked the leaves before breakfast.

In the afternoon we did a long, strange shopping trip in which I saw some water plants in Plantagen with the result that we bought one. We went to not one but two branches of Lidl, as well as Stockmann.

Now we have left Helsinki for a farm shop in Sippo. Outside it looks like a loghouse but inside it has piles of fresh vegetables and a pair of old-fashioned scales. I am not convinced either of us really understand how to use them properly. Nontheless we will weigh carrots, plums, green beans, and a turnip, and leave the amount of money we believe we owe.

On the way back we will stop at a forge where a genuine blacksmith, who looks like a blacksmith from a fantasy series, will engage Irma in discussion about some ironwork she now believes we want. Given the surroundings and the sheer blacksmithness of the man talking to her I can hardly disagree.

In the evening Irma will make a stilton and vegetable soup from some of the vegetables and a large chink of stilton that we bought from Lidl when they had their British Food weekend. It will taste delicious.