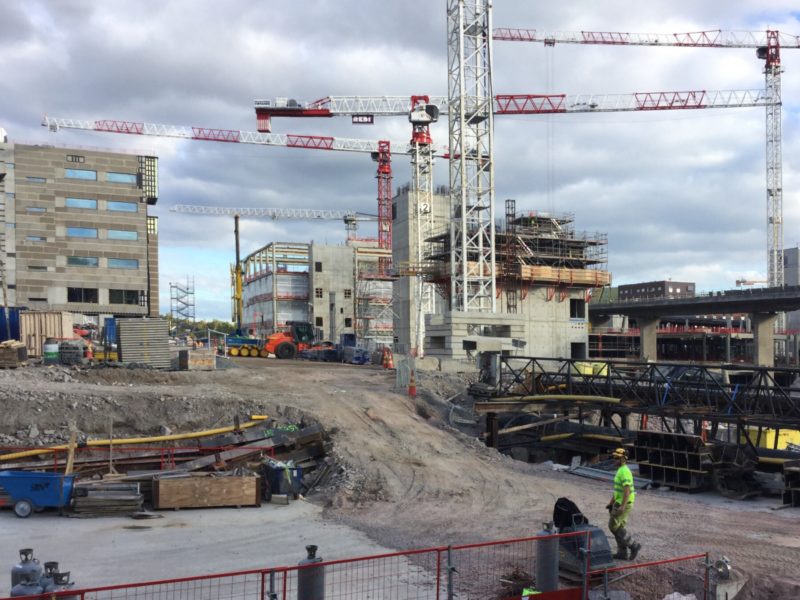 The weather felt slightly warmer today and I walked from Kalasatama while listening to the new King Crimson album.

I spent the morning in a state of distraction. I wanted to get on with the website I need to make, and instead I dealt with a series of irritating issues that served no ultimate purpose. Nathalie has made clear that a cheerful “I won’t attend class tomorrow” no longer cuts the ice and so I had to write emails asking “why will you not attend class tomorrow?”, to which I received no replies. I also had to deal with a student who wants her Lynda.com to work the same as the other students and has written several increasingly baffling mails to this effect. She claims that she has two accounts that both act the same and that therefore she needs a new one.

I pointed out that the database shows that she has one account and that if I gave her another then she would just have one more that acted the same. I await her reply with interest.

At 13:00 we had a Culture Meeting and after that I had a thesis tutorial.

Now I have walked back to Kalasatama and I have paused to look at the building work. For a long while the work concerned the foundations and nothing much changed. Now the buildings change noticeably every time I see them. The new landscape has started to become visible.

I will get a metro seconds after arriving at the station, collect my bike from Puotila, and race home to rescue the cat from a life of indoor drudgery. Sunshine will race out of the house at about 16:30 and race back in again about 18:40.