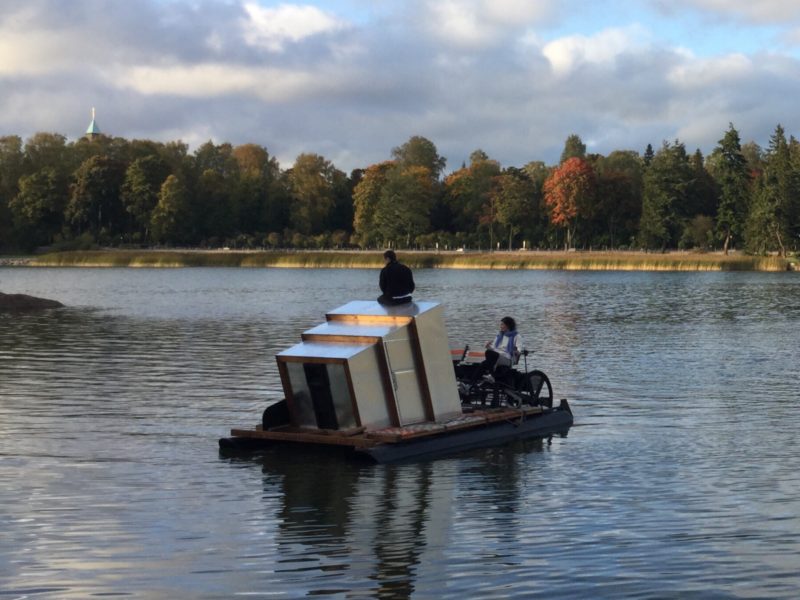 This morning I did some ironing and painted some wood that will replace some older wood around the sides of the roof. That took care of the morning.

At 13:00 I left for the Pixelache festival where I had booked a place in Andrea Traldi’s Active Dreaming workshop. I will write about this separately. Suffice it to say here that I found the experience interesting and enjoyable but some of the other participants less so. Much less so. The workshop took place in four parts which, together, would last six hours. The first two parts formed a whole and lasted until 18:00 and I left at that point.

I decide to wander around looking at everything that I have not seen yet. Down by the sea I meet Ville and we watch the Kinobox Obscura boat paddling around offshore. It provides a 3D camera obscura projected onto the sea for two or three people at a time. I wander back to try to join the Machine To Be Another demonstration but fail to make it to the front of the queue. I then talk with the man from Genomic Gastronomy about the To Flavour Our Tears stand where people can taste their, and other people’s, tears in different culinary contexts.

In the true spirit of the games I leave before finding out who won.