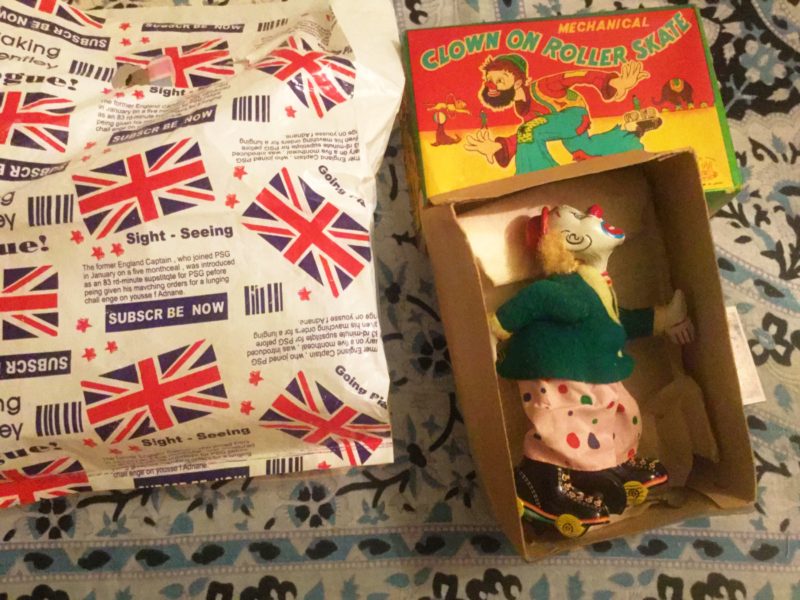 I cycled to Puotila in the dark with a very light drizzle stopping me from feeling too comfortable. The drizzle had stopped entirely by the time I got to the metro.

I had a morning of rapid and overlapping bits and pieces. I started with a tutorial at 9:15, followed by a session adding students to Lynda.com. I then emailed the CMS students about the next block, and reread Joachim’s thesis. Finally I moved the chapter for Nathalie’s book into Scrivener and reordered it.

At midday Joachim gave his thesis presentation on devising a logo and branding for a start-up, in which he made much use of Angela Wright’s theory of psychological colours, in which she declares four primary colours: red, yellow, green and blue. She also declares four psychological groups that use these colours in specific clusters.

In the afternoon Liisa suggested that I try to change the time of the ferry we will get back from our two-day conference in Tallinn next month. She had looked at the agenda and once I had looked at it I agreed with her. I emailed to see if we could change our tickets from the 16:30 ferry to the 13:30 ferry. If we can then I will catch up with Bryan on Friday evening.

I spent the rest of the afternoon and some of the evening in a serious effort to complete a full draft of my book chapter. I paused briefly at one point to look at John’s Mattermost installation and found, to my delight, that it all just worked. Any fear I had had that I might need to spend tomorrow morning setting things up evaporated in the face of a simple and easy to understand control panel.

By 18:30 I had a workable draft, and I set off for home, cycling from Puotila in the dark. When I arrived I saw this on the kitchen table and asked the obvious question to receive a far-from-obvious answer.

We found the clockwork clown in the attic of a house in Björkböda which we once bought and renovated. The clown seems in mint condition, and in a mint condition box. Apparently six months ago Irma phoned the toy museum to ask if they would like it and never heard back. She heard back today and got it out to look at it. It looks as evocative and grotesque as it always did. It reminds me of a tin fireman I had at the age of five, that climbed a tin ladder and flipped over the top when I wound him up.

Auo used to dislike the tin clown intensely so she would have happily given it to a toy museum. We hope it has found a new home where it will serve a small historical purpose.