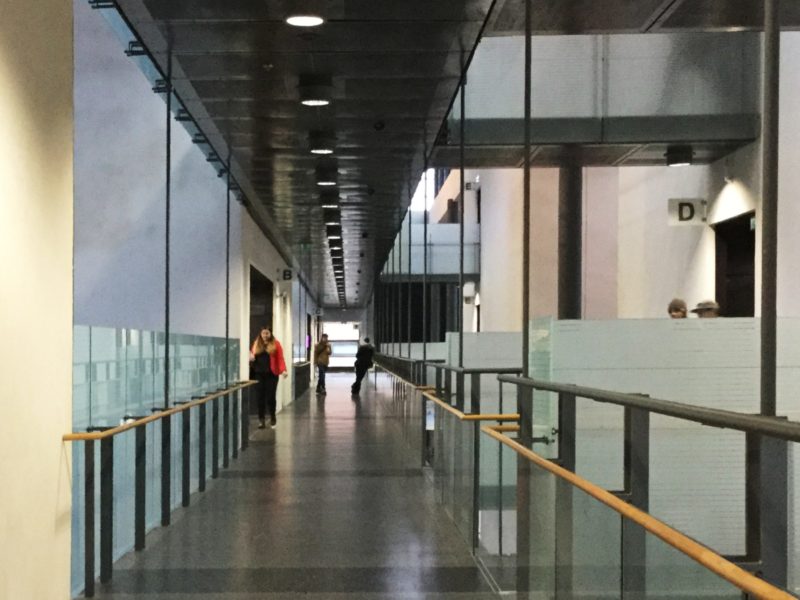 I started the day by rereading a thesis, in preparation for a presentation later this morning. I then prepared for a tutorial which never happened. Instead a note arrived explaining about the problems of over-sleeping. Instead I used the time to finish the final episode of Westworld.

I thought it had a very strong finish. It managed several interesting things. In particular it ended the story properly while also leaving threads in place for series 2. It did not finish with a cliffhanger. If nobody commissioned a second series then the ten episodes would have a perfectly satisfactory end. HBO have commissioned a second series, however, and the writers have cleverly set the stage in such a way that this can either continue directly from series 1 or pursue a different but related path. It could feature the same cast or a different cast and both would provide satisfactory starting points.

At 11:00 Jenny Ek presented her thesis, and the project that accompanied it. She presented well and the project itself succeeded at every level. Liisa opposed her but we both agreed that she had very little to actually oppose.

In the afternoon I will receive a series of mails from students wishing to finish their projects at home. I will have three students in the class, all of whom will have their questions dealt with in lavish detail.

At 15:40 I will arrive at Pixelache to find myself first for a board meeting. The meeting will start at 16:06 and finish at 17:03, and during this brief period we will elect Egle to the board because there seem too few people in Helsinki most months to guarantee quorate meetings.

At 18:00 Oliver will arrive for the third Convivial Mechanics meeting, and he and I will discuss the principles of activist voting before he demonstrates the first iteration of some voting software that he has written in Livecode. Since Livecode stands firmly on the shoulders of HyperCard I will find myself transported back twenty five years in a state of joy.

I will feel as though I have just discovered a trunk full of old toys and a new set of adult purposes for them.