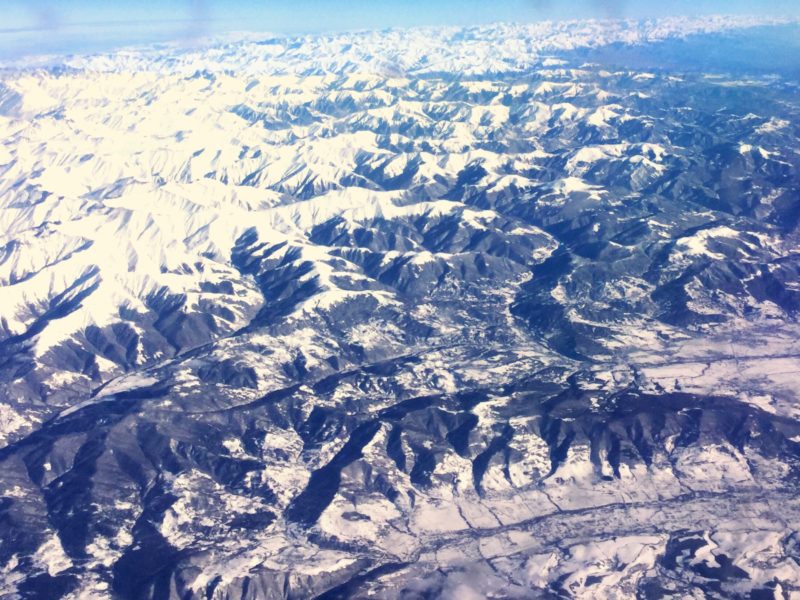 The three of us left the house for the airport at about 5:55. We sat down in the Finnair lounge at about 6:40 and Naa told us that she normally has three breakfasts on early shift: one when she leaves the house, one when the kitchen opens, and one just before she starts her shift. She told us this as she tucked into her third plate of sausages.

On the plane Naa immediately fell asleep. Twenty minutes after take-off the steward began to serve us lunch, announcing that the plane flew on Dubai time. As we ate Naa woke up, looked at our cod and mashed potato, pulled a face, and ordered blueberry pie and champagne. Irma has obviously taught her well.

We will land at Dubai on time and, to our great surprise, it will take less than ten minutes to get through immigration. We will arrive at the Star Metro hotel less than an hour after landing and find ourselves sitting in a nearby restaurant called Reema Al Badwadi thirty minutes later.

After eating, and a brief shopping expedition, everyone will declare themselves tired. By 20:30 (or 18:30 as we call it in Helsinki) we will climb into our beds and I, for one, will fall asleep in seconds.