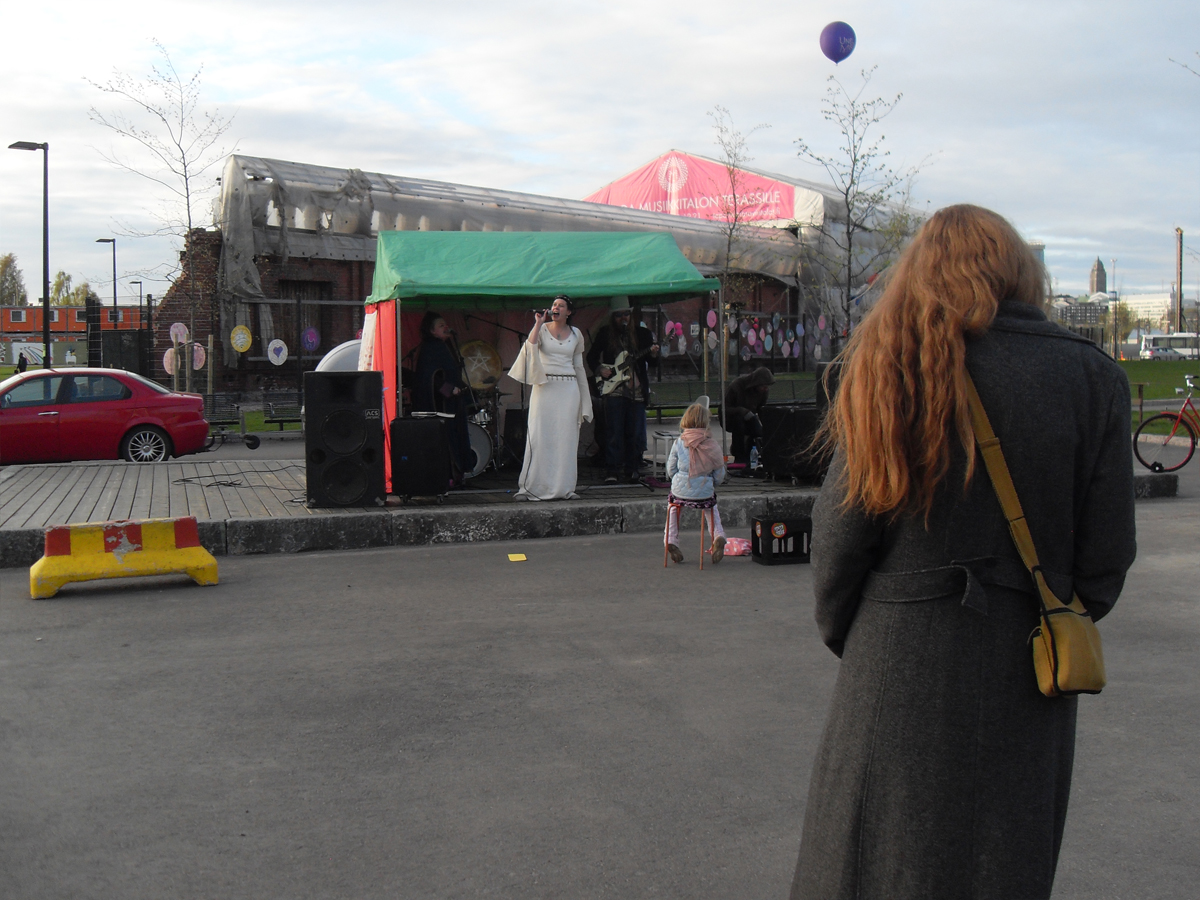 I have spent all day at Camp Pixelache, one way or another.

I skipped breakfast and made an unplanned journey to Arcada to collect my laptop, on the correct assumption that it would be much easier using my own equipment than relying on putting a USB stick into someone else’s computer and waiting to see what happens.

At 15:00 I gave a thirty minute presentation of the Virtuality Grand Tour, including an explanation of where we hoped to go next. After that Sari, Mikko and I gave practical demonstrations of our current projects which, in my case, focused on Snowcastle Valley.

Later I spent thirty minutes chatting with Vinay Gupta, which felt like a pleasant half hour well spent.

Tonight the weather is warm and dry and I am walking past the new Music House on my way to the Metro. I am captured by the sound of a folkish rock band and I wander over to where seven people are watching three people in a home-made tent. It is the Occupy Helsinki rock festival, and the audience numbers have just swelled!

After getting a leaflet that claims 25 million people are occupying Helsinki, I head home.