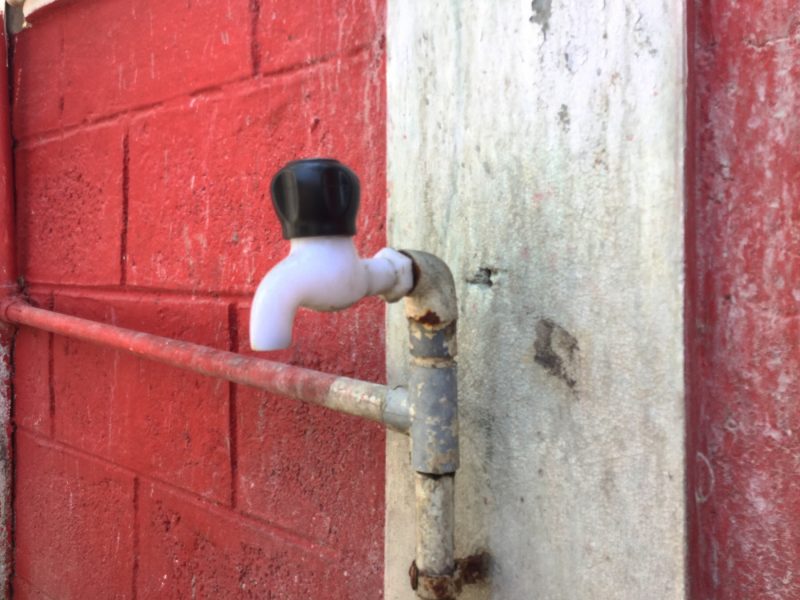 Outside Athampakkam, on National Highway 49, 17:21

We got up for an early breakfast, and managed everything without feeling harrassed. A car arrived at 10:00 and we set off for Chennai. There seemed less traffic than when we arrived, although I put this down to knowing the roads, and thus feeling less confused.

We both feel slightly ill, and put it down to the heat and the pizzas. We need to stop to use a toilet, and the driver stops at a gas syation just outside a small town called Athampakkam. I wait outside and notice this tap and piping. It reminds me of an ongoing joke about the differences between my images and Irma’s, and so I photograph it.

We will get to Chennai Airport about 13:00. The journey takes “between three and five hours, depending on the roads”, or so Google suggested and the hotel corroborated.

Our flight will leave at 17:29 but we will spend several hours in the Doners Club lounge which, once again, will cost us 2 rupees.

In Mumbai we will get a pre-paid taxi driven by someone who has never heard of the hotel. Nonetheless we will get there.