Last January I decided to experiment with mass-produced fast-food vegetarian burgers to test my hypothesis that taking the meat out of takeaway food need not do anything very much to the overall taste or the experience. Yesterday I found myself walking through Itis hungry and decided to perform the second test. This whole thing had started with my distant memories of a Kasvis McFeast and so I decided to have another one to compare with my now distant memory of a BK Veggie Burger.

I stopped at McDonalds and got this: 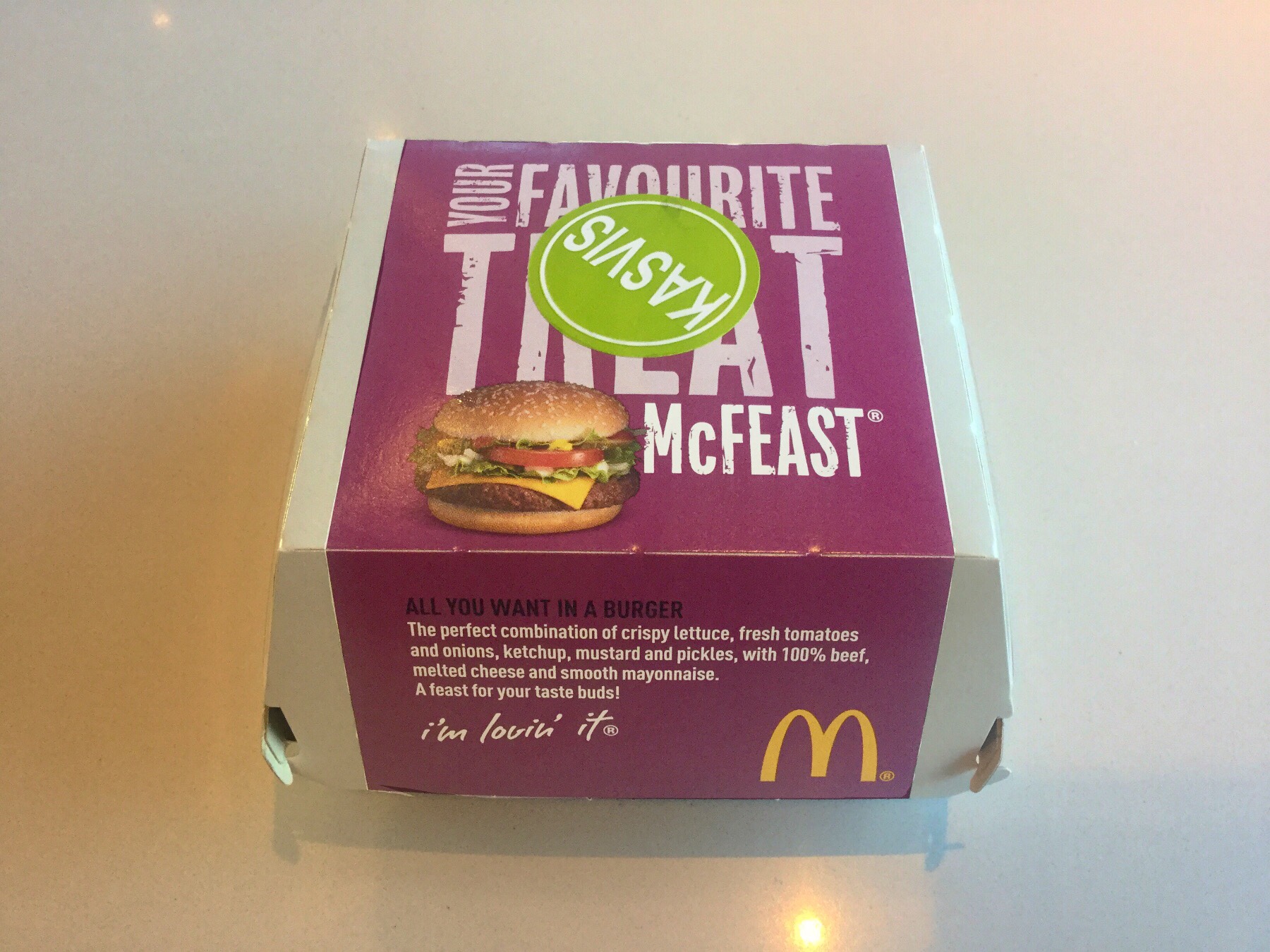 With the box opened the McFeast looked like an average burger in a sesame bun; by which I mean that it didn’t shout “Look at me, I’m vegetarian”. 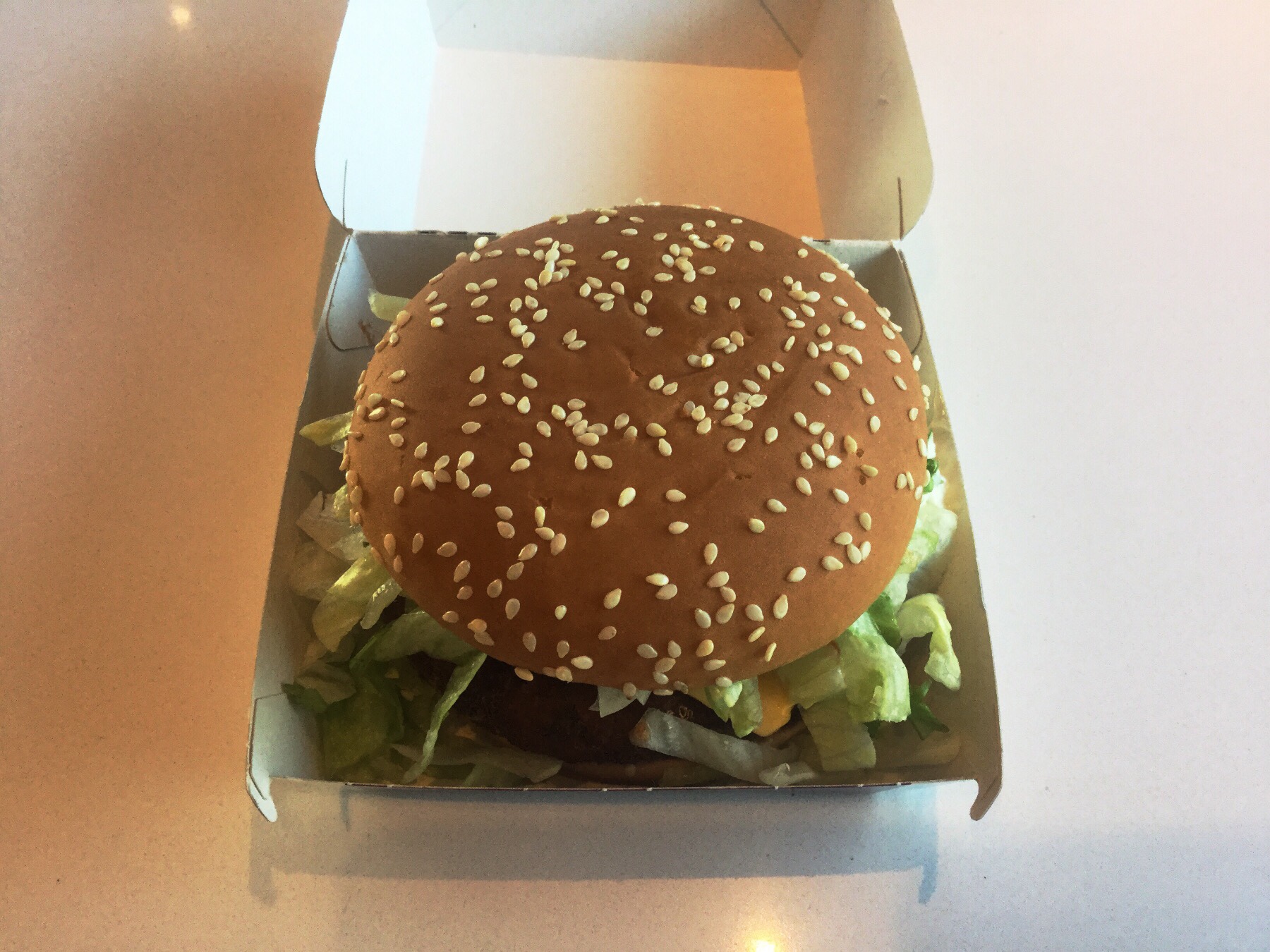 This didn’t disappoint in the way that the burger from Burger King had. The salad looked substantial. The cheese waited in place. Sauce and mayonnaise fell everywhere. The bun felt big in my hands, like a McFeast should. 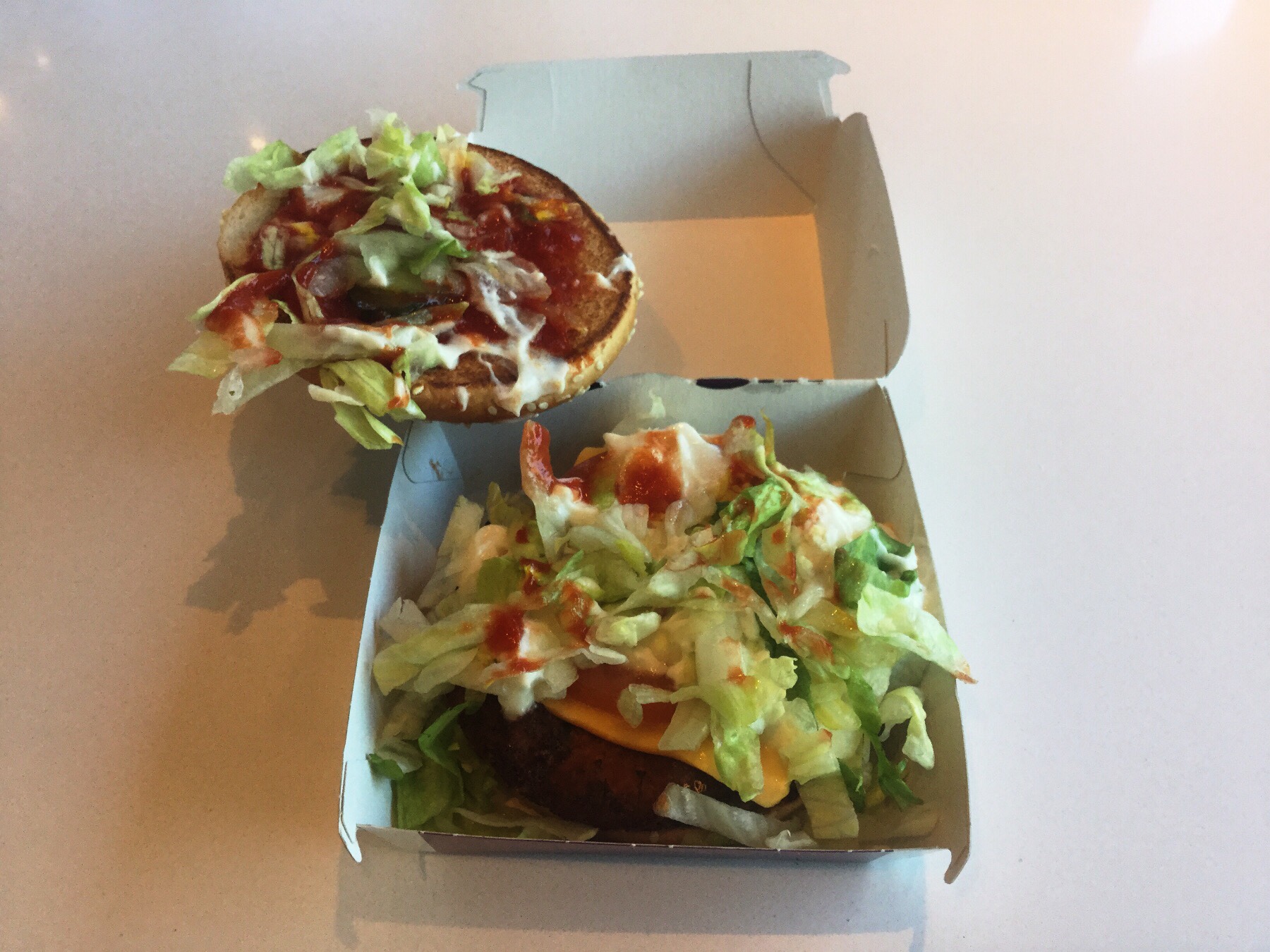 I bought a burger on its own this time. I didn’t feel the need for fries and a drink. The McFeast on its own cost 4.10€.

Nothing felt wrong with the Kasvis McFeast when I started to eat it. The vegetable patty did not taste noticeably different. In other words it did not stand out but felt convincingly tasteless. It acted as an ideal anchor for the salad and condiments. By the time I had finished I felt full but not bloated. I didn’t feel let down, or robbed of the real experience.

My memory seemed accurate. I still prefer a Kasvis McFeat to a BK Veggie Burger. It has just enough extra in it to make a noticeable difference. Did I find the patty better at McDonalds. Possibly I did, but that may simply reflect that it had more to hide behind in the McFeast. The addition of cheese made an unexpectedly large difference in pushing the experience of chewing the patty itself into the background.

Finally I found that the advantage I discovered when ordering the BK Veggie Burger still stood. They didn’t have a Kasvis McFeast ready on the serving hatch and so they had to make one freshly. I had another hot burger in the best possible condition.