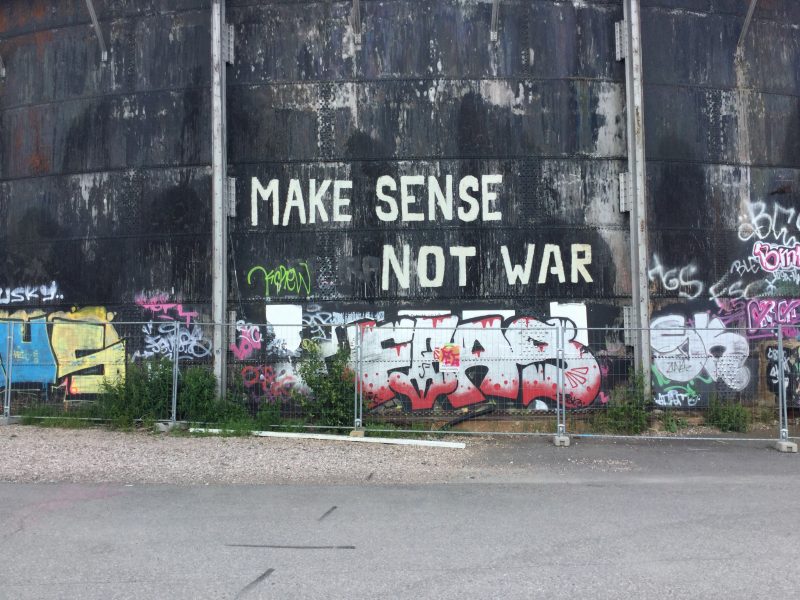 Today the on-off summer got switched on again. I got up and cycled to Puotila on my newly fixed bike. The new tyre remained inflated for the whole journey.

I started the day with a 90 minute meeting with Matteo, in which he proposed a way of getting a research grant in the autumn. I started out sceptical but, after a lot of thinking and rethinking, I ended up feeling that he had opened up an avenue that I had not thought of before, and that I might indeed manage to adapt the process he suggested with hope of success.

I then finished backing up everything for the summer before having a meeting with Nathalie. Monica and I agreed that I had finished doing everything that needed doing in order to get the last few stragglers graduated before the deadline of July 11th.

I moved a series of notes from Pocket to their permanent home in Evernote, having completely rebuilt the Evernote database in order to fix a syncing problem.

I talked with Emilia and Josefin about their work for Migrant Youth Helsinki. They gave me a report on the work to date and I made suggestions about the way they might make a timeline for the work still to come. I showed them the Ellun Kunat website, and a pdf of their costings structure to guide them in terms of presenting the timeline in a professional way. These both amused and amazed them. Even better, I could see that they also made them take themselves more seriously; to up their game, as we try to avoid saying.

After another discussion with Nathalie I wrote an email to BFM in Tallinn telling them that we will get back to them with a series of exciting proposals for long-term collaboration in late August. And, indeed, we will.

I then ate lunch while making two installation USBs for Linux Mint 18.1: one 32-bit and the other 64-bit, in order to install one or the other onto a refurbished computer at Pixelache. I sent Jan a message on Slack to ask him when he will be there. For lunch I had a sachet of Kelloggs’ Oats, Hot Chinese flavour, that I bought in January in Divine Supermarket. It tasted neither hot nor Chinese; nor as good as the masala ones.

I left for Pixelache at 13:30 and met Matteo on the tram, where we continued our discussion.

Walking through Suvilahti to Pixelache I pass the old gasometer, currently in the process of demolition. I capture some rationalist graffiti before it gets torn down. Why waste time making love when you can sit round a table and make sense?

It will take me two and a half hours to install Linux Mint on the Pixelache office computer. Actually it will take me twenty minutes, after two hours of configuring the bootup order, assorted error messages and last-minute just-before-the-installation-completes freezing.

I will walk back to Sörnäinen and jump on a tram, noticing the darkening sky as I do. At Vallila I will notice a sudden wind and understand what that means. A couple of minutes later I will see lightning, and seconds later hear an enormous peel of thunder. When I get off the tram I will run as fast as possible to Arcada. Twenty metres from the door the torrential rain will begin.

I will abandon my plan to pack my computer and leave for summer in favour of writing this while the rains slows down.