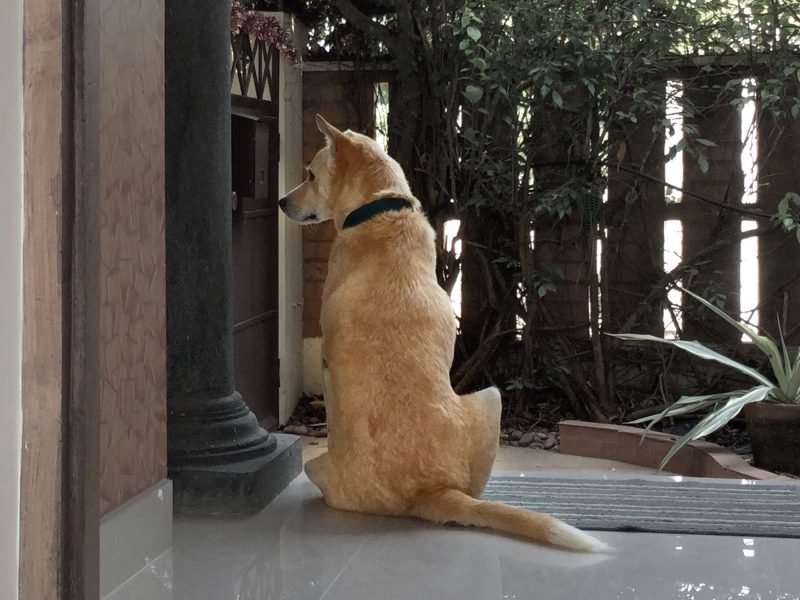 We woke up early after both having deep sleeps. I said that I had had a dream about sneaking into a meeting of the Billy Joel fan club. Irma said that she had read an article about Billy Joel yesterday. Deep and telepathic sleep, then.

A few days ago Irma got a message from booking.com saying that the hotel in Dubai we have booked could not get her credit card details to work. They pointed her to a web page that asked for her credit card details, had no field for entering her CVC number, but refused to accept her details without a CVC number. She emailed the hotel who replied with a one word email. The word? “OK”.

Irma checked her mail this morning to discover that the hotel has now cancelled our booking. A long phone call followed in which they suggested that we communicate with them through WhatsApp. We wait to see what happens next.

At 11:30 Anib, Paru and Asha arrived with a big Christmas cake, along with farm eggs and some food to barbecue. We chatted until Anib went to fetch Bruno. He became our official house guest. Molly had, apparently, developed the idea that we didn’t like him and had kept him chained up to avoid him bothering us. He and we both barked with joy when he realised that he could spend time in our house.

After they had gone Irma went upstairs and returned dressed for the Santa Claus ritual she has invented here. She gave Naa and I gifts of things we already owned interspersed with a few surprises.

Bruno begins his self-appointed task of guarding the house by running to the gate and barking everytime anyone passes. I take a photo of him while he sits alert to the possibility of people passing by. In a few minutes I will walk with Bruno to the nearby rubbish dump and throw some cartons on it. He will follow ahead in the approved manner and only get distracted on the way back when we bump into three other dogs.

He will chase one of them a long way down the road while I go back inside. He will return ten minutes later, tail wagging, and settle on the floor.

Ladder fun take place shortly afterwards as I find a broken stepladder and use it to position a Christmas star that hangs in the wrong place in a tree outside.