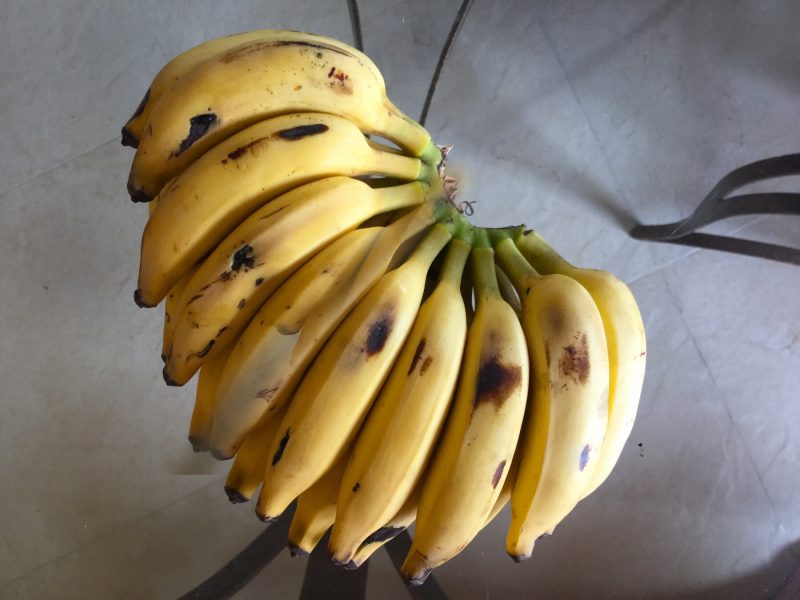 Last night Bruno seemed disturbed by Naa’s absence. He seemed to look for her and then look at us puzzled. Since he has taken to sleeping in Naa’s room we had no idea how bedtime would go. We left him sleeping on the living room carpet, which he had carefully screwed into a ball before laying on it.

I woke up lying on the edge of the bed with Bruno nudging my face with his nose. I decided that he wanted to go for a walk.

Today we walked down KS Road, as far as Vellayani View Road. I wanted to see if the roadworks had moved forward. They had. On the way we met a dog that genuinely wanted to fight. It had its mouth pulled bark in a snarl and made straight for Bruno who stood his ground and very little else.

Two men came from a house and dragged the dog inside. The same thing happened on the way back, although this time they laughed and I joined in.

Anu brought Naa back on his motorbike just after we had finished a late breakfast. She told us about partying till dawn and about the invitation from Abby and Blackie to go and see the dj on the beach tonight. One thing led to another and so we went by ricksaw to buy some beer for ourselves.

We come back and Irma leaves again on another mission. I notice some miniature bananas on the glass table in the kitchen. Irma bought them from the vegetable stall outside Divine Supermarket, and they taste deliciously sweet.

When Irma returns I will leap in the rickshaw in a determined effort to keep Tangaray busy. I will get out by the temple and walk to Manthra for a second deep relaxation massage from Anu.

Naa will discover that the event on the beach tonight will actually happen on Tuesday and will feel relieved as her mild hangover kicks in.

At the start of our stay Anib brought round some frozen seafood to barbecue. Tonight we will do it. The giant prawns may perhaps count as the tastiest food we have had since arriving. The calamari will count as calamari.