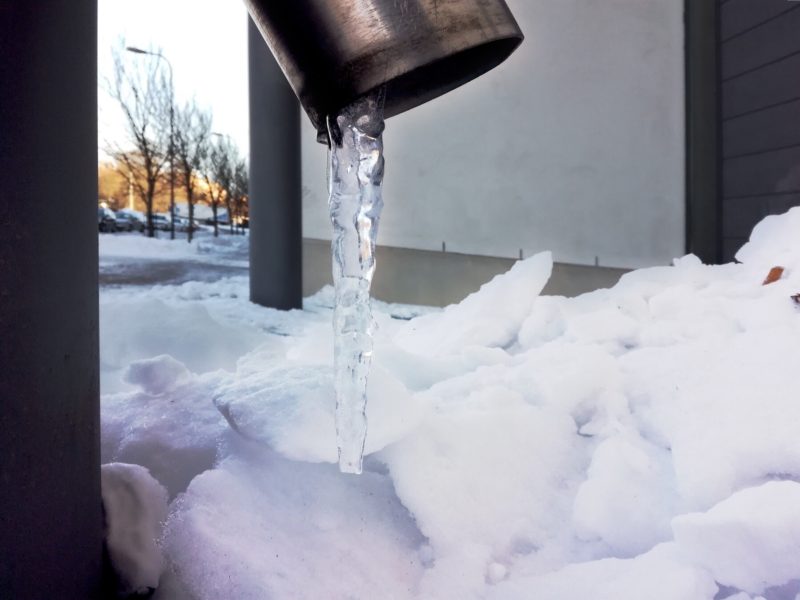 As I stood waiting for the 97V I noticed two things. Firstly the bus going the other way, to Mellumäki metro, had no passengers at all today. Secondly, I could see it because the sun had risen and the darkness had completely disappeared. I have come to realize that the sudden move from dark mornings to light makes a much bigger difference to how I feel than cold or now.

I stood there feeling as though I stood in a Spring morning with some snow lying around, whereas last week I had felt as though I had to trudge to the bus stop in the depths of a never-ending winter. When I get to work Jutta will make exactly the same point: the time that the sun rises crossed some sort of threshold over the weekend.

I spent the morning answering mail including one from Scott Cunningham who first introduced me to the writings of Charles Sanders Peirce. He has invited me to join a Peirce and Virtuality research group at Texas Tech. I pointed him towards my thesis and said yes.

Jutta talked about a student on work practice who has started to reimagine a website for a small city in the southern archipelago. The owner will not switch from Joomla to Wordpress because of the “SEO implications”. I checked the site in Alexa and it had a ranking of 17,000,000 or so. I then checked Pixelache’s site which ranked at 12,722,588. For my own interest I then looked at this site and found it ranked at 7,209,386. Finally I checked AccessSpace which ranked at 7,342,289, not far below me.

This gave me food for thought. Why do we, the board of Pixelache, bother about Pixelache’s site if it ranks 5,500,000 below mine, and I regard mine as nearly invisible (and almost unused)? It also made me ask myself what I would have to do to get more users, which took me back to the Instagram conversation that I had with Irma over the weekend?

What would I have to do and would it prove worth it?

After answering a batch of student mail, including mail from two students who want to know what they can do to increase their Grade 4 to a Grade 5, I decide I need a walk. I leave the building and see an icicle hanging frozen from a drain outside Arcada. I crouch down and take a stream of photographs with my phone. Later I will pick one of the more usable of them to process and upload.

I will buy tomato juice, lemon juice, Worcester sauce and Tabasco at S-Market. I have realised that the Indian instant soups I drink with my lunch contain more salt than I need and have therefore decided to relegate them to a once-a-week status.

At 13:15 we will have our team meeting which will prove an interesting one, as Jani reports from the film and television festival he attended in Goteberg.

Back at my desk I will translate our pre-assignment – vår förhandsuppgift – for the entrance exams into Swedish. Jutta will approve it and then we will test it on Maria to see if she reads the deliberate ambiguity the way we intend it. She does. We have delivered our homework first.

At 17:00 Oliver and I will attend an online webinar run by the Digital Life Collective to look at Tools We Can Trust. They seem to have a keen interest in some of the same things as us, so we want to see what they have planned, who attends the meeting, how it works, and how well it works.

This will turn out one of the most interesting gatherings I have attended in recent memory, in several respects. Firstly it will show how a group can organise an online meeting efficiently and effectively. The two hour meeting just worked. Secondly it will point a finger at Pixelache in an illuminating way. Oliver had “low bandwidth” and therefore had no video and only sporadic sound, and therefore participated in a typical Pixelache way and missed most of what happened. Certainly he missed all of the facial expressions and body language that Zoom provides. Thirdly it showed that Zoom constitutes a much better tool for these kinds of gatherings. Finally the content of the meetings and the people involved heartened me. I would have felt glad to meet them at any venue at any time.

I joined the Digital Life Collective at the end of last year but I never got round to doing more; to exploring their forums and joining in. This will change this week.

Towards the end of the meeting Irma phoned to ask my location. I told her the meeting had not finished and she went “huh” and hung up. This puzzled me. She didn’t sound angry or upset, or as though I should be doing something else. If anything she sounded faintly exaperated.

When I get home I will discover why. Päivi had told her about a BBC serial available on YLE’s catch-up service Areena called Indian Summers. She wanted us to start watching it using Chromecast. We do exactly this: watching the first three episodes of the twelve in the first series.

By the end of the session we will agree that it feels kike a better made, better acted, more expensive version of Bold and Beautiful, set in India in the 1920s. Everybody has a secret and none of the English acts honestly towards anyone else, except a working class lad and the ostensible heroine who has an open secret shared between her and a few others (and us).