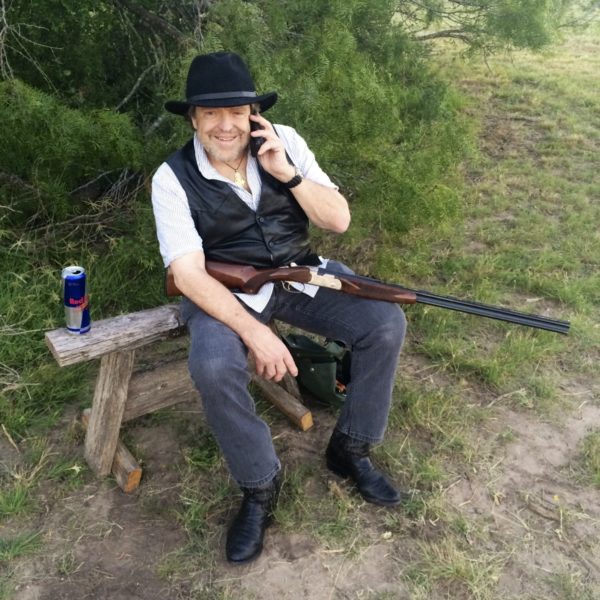 I learned this afternoon that John Perry Barlow died in his sleep last night, aged 70. I had admired him in many ways since before the world wide web existed. In my mind he stood as an example between cultural activists in England and Europe: primarily, the difference between gung-ho creativity and optimism versus politely cynical and worried pessimism.

He moved easily and naturally between writing lyrics for the Grateful Dead and farming, and helping establish the Electric Frontier Foundation. I cannot better the points that Cindy Cohn, of the EFF, wrote about him today

Barlow was sometimes held up as a straw man for a kind of naive techno-utopianism that believed that the Internet could solve all of humanity’s problems without causing any more. As someone who spent the past 27 years working with him at EFF, I can say that nothing could be further from the truth. Barlow knew that new technology could create and empower evil as much as it could create and empower good. He made a conscious decision to focus the former: “I knew it’s also true that a good way to invent the future is to predict it. So I predicted Utopia, hoping to give Liberty a running start before the laws of Moore and Metcalfe delivered up what Ed Snowden now correctly calls turn-key totalitarianism.”

His “Principles of Adult Behavior,” written on Oct. 3, 1977 when he turned 30 (an age he never expected to reach), are as wise a guide to life as I know. Thanks, John. 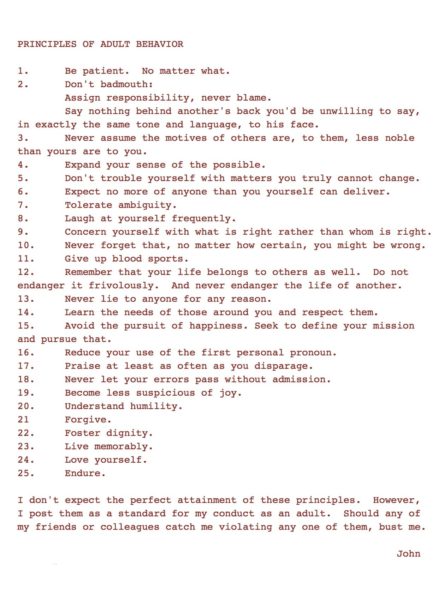 He achieved a lot in ways that invite admiration, and invite us to try harder to achieve more ourselves.