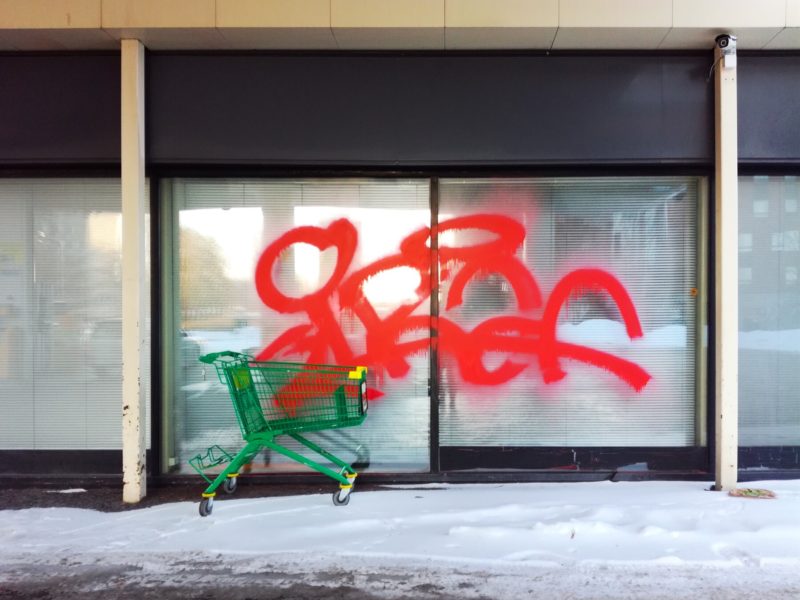 The morning began with a long talk in which everything got sorted out, including our arrangements and contingency plans for the next month. We got up happy.

We had an early breakfast and then I beat the carpets and laid them in the snow; a traditional Finnish method for killing all known bacteria. Since the temperature had dropped below minus fifteen this turned into a lengthy process in which I huddled indoors between each carpet.

In the afternoon we left to collect Naa, and Irma’s mother, and visit Irma’s father. When we got there he seemed to have recovered his strength and we watched him eat his way through a bowl of porridge. We talked with Maria, one of the staff, and she confirmed that he has, at the very least, stopped fading away. We took Irma’s mother home and all headed back to feast on the rest of yesterday’s meal.

Naa decided to come and eat with us and chatter reverberated round the house. Since Naa’s studies teach her to do more or less what Maria does then they had professional talk while we visited, and she continued to have professional opinion over dinner. I found this heartening in some undefined way.

Irma has taken Naa home and I have realised that I have no interesting photographs from today. Actually I do, but not ones that I wish to publish. I look through my phone and find a photograph we took yesterday on the way back from the futile adventures in Espoo. After filling up the car at Prisma we filled up the gas tank here. I looked out and saw the purloined Prisma shopping leaning up against the graffiti and photographed it. Now I look at the photograph and decide to run it through the Pixelmator digital darkroom.

When Irma returns we will drink tea, shower and get ready for the working week. I will go to bed early and fall asleep instantly.