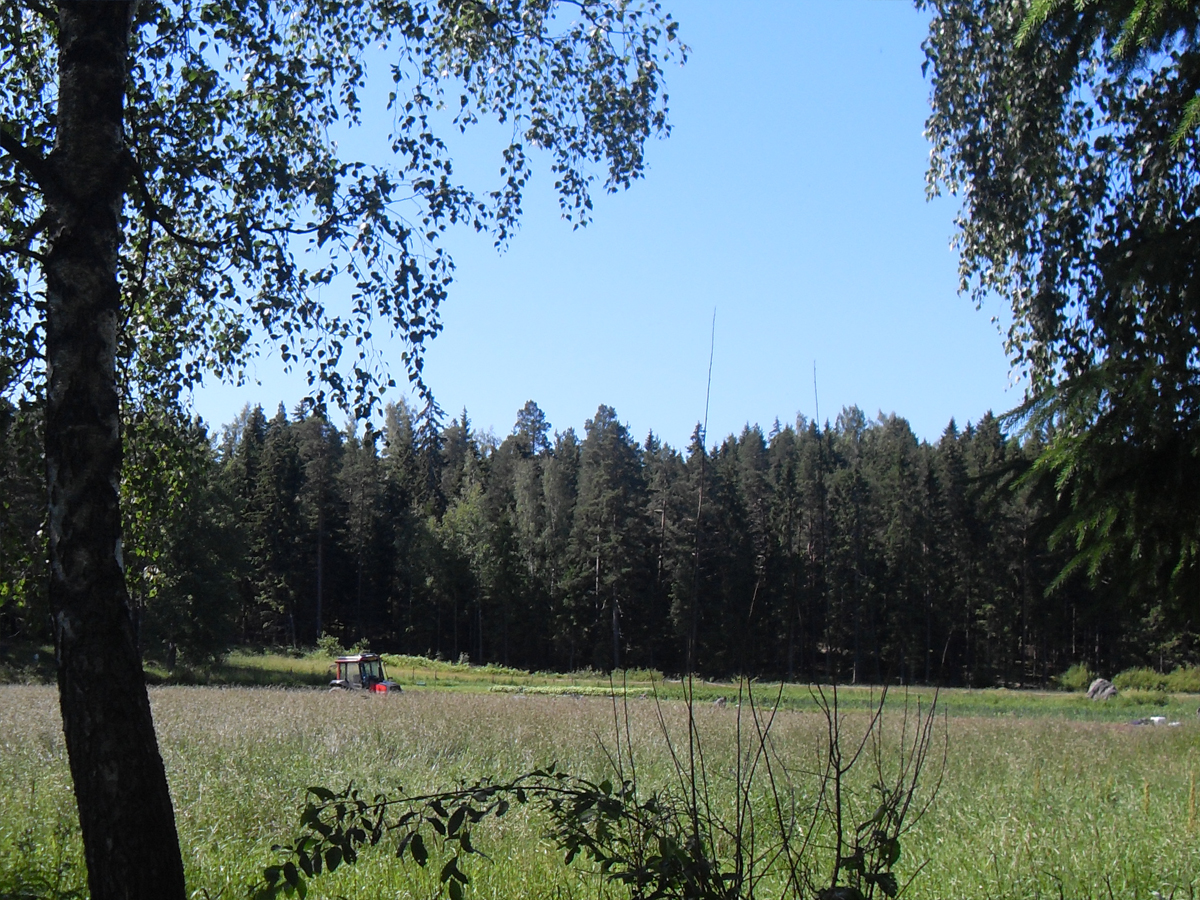 Yesterday evening Auo told me that it looked as though I was growing a big baby foot, because the skin had smoothed out as the foot began swelling. Later Irma told me where the sting tablets where, and now three tablets later, my foot is looking normal again.

I have spent the morning in the garden because we have had the first sunny day all week. I washed my hair and it dried in ten minutes while I was cleaning the outdoor furniture.

Naa has been working in the fields since 8:00 and I am now looking out to see where they are. She will turn up behind me and tell me that they are all going to the other fields, and she will be back for lunch in 45 minutes.

I will make new (as in: really new) potatoes with sausage and fresh onion.

Later in the afternoon Irma will return from Helsinki and the weekend will begin.