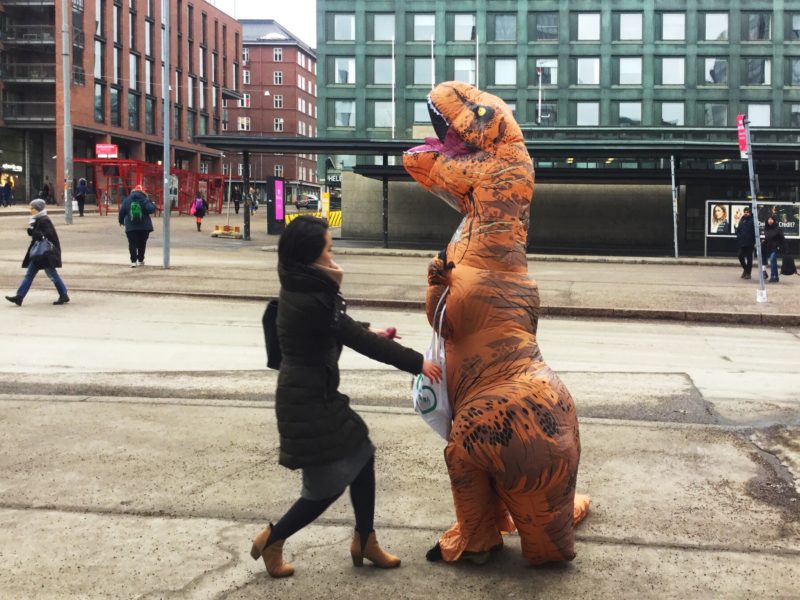 I slept soundly for almost twelve hours and then suddenly found myself wide awake and thinking about what I might day in Manchester in ten days time. I lay there musing until I heard Irma wake.

The task of dealing with the financial and legal matters spinning out of Irma’s father’s death have fallen to Irma and dealing with this has led her to think about our legal arrangement. We talked about these, and the several things we must do to prevent disaster falling upon either of us if the other dies. We both got up with headaches.

I went for a long walk on treacherous ground. The temperature has gone up above zero and down below zero often enough in rapid succession this week to make the woods a suitable set for an outdoor adventure show. I slid slowly and carefully over the ridges and holes.

I listened to Extralife for the first time in a week or so as I tried to walk, and found it even better than I remembered. Darlingside have made one of the albums of the year.

When I returned I became convinced that Irma had switched my shoes since they did not feel like the shoes I had had on all week. Irma assured me that she hadn’t and when I tried to imagine the shoes I thought I should have on I couldn’t do it. Reluctantly I had to admit that I believed Irma when she said that I had worn these shoes all winter.

After brunch I cleaned my toilet thoroughly and wondered where the dirt on the walls actually comes from. I had a shower and then we drove to Kulosaari and got the metro to Kamppi to see Irma’s mother. They had some complex business to sort out, so I went for a walk.

On the way back I come across a dinosaur and a small film crew. They ask to film me taking a leaflet from the dinosaur and I happily oblige. I then stand and photograph it in its next interaction.

On the way home we will stop at Prisma for supplies. These will include some Oral B replacement brushes for my electric toothbrush.