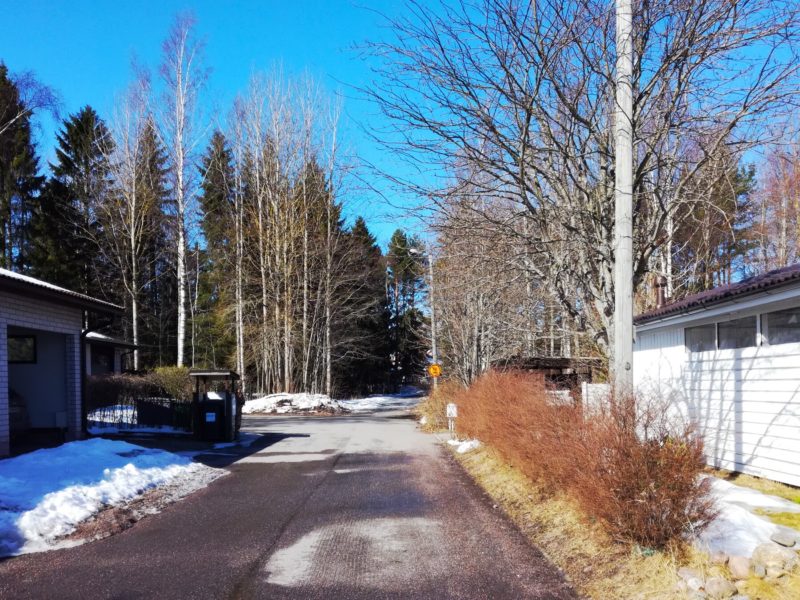 I start the day at a reasonable time, with a shower and some house cleaning. Having done this I walk outside to look at the street and see what has changed. The snow has almost disappeared, and Sakki, who lived in the house at the end on the left, has died. The sky has turned blue and, having lived through the winter, he failed to greet the Spring.

In the afternoon we will do some shopping and I will catch the ginger cat settling in at the back of the house, sunning itself on the steps of the bike shed.

Irma will make a delicious meal while I sit in the kitchen and we talk about what we might do with our lives. We will eat and then later we will sit on the sofa with a glass of wine while watching an awful movie whose name we have forgotten by the time it ends. Spoiler: once the villain has died, one of the detectives investigating the murky goings-on reveals herself at the end as the new chief villain and shoots the other detective. (The villainy, which involves kidnapping and caging women who then form a cult and have babies with the villain, has a certain hereditary aspect to it.)