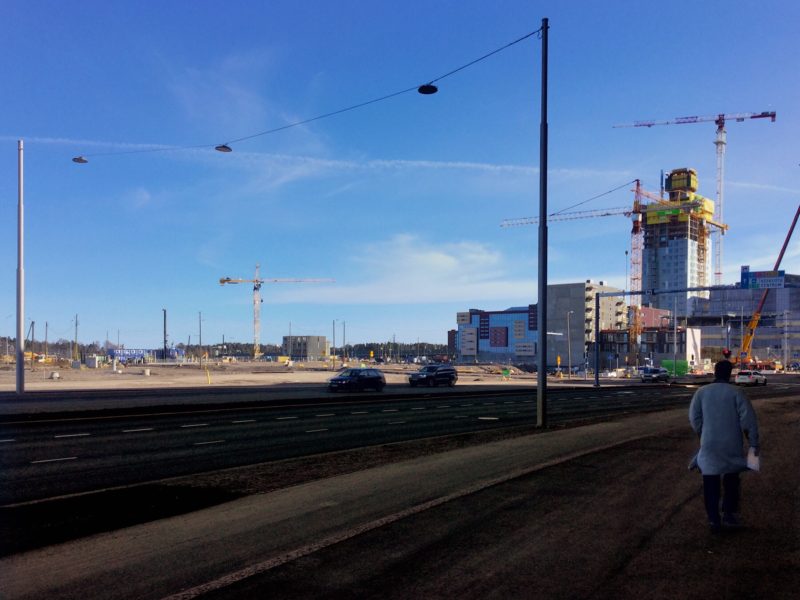 I spent the morning with the first year continuing our adventures in javascript. Two of the students who failed to attend yesterday turned up this morning and didn’t know what anything meant. I had to rewind and do a very quick run through yesterday’s entire four hour session. We then continued as though everyone in the room understood the topic in hand.

We had almost finished the session with forty five minutes to go when I realised that the one-page site we had just built didn’t work. At all. Since I knew for a fact that it had worked in the recent past I knew I must have killed it with a last minute adjustment. We therefore engaged in a live debugging session in which I thought out loud and explained my thinking process.

In twenty minutes I had understood where the problem lay and explained it to the class. In another ten minutes we had fixed it and the whole site worked as it should. In the course of this the class had learned something new: they had learned how to pass several parameters to a function, and the reasons that you might need to. They had learned this because the “easy” way I had devised to use only a single parameter had a not-very-hidden logic bomb in it.

After this I wrote several emails, including thank-yous to some of the people I met in Manchester.

At 14:00 an event called Roadmapping the Future started in Arcada’s main square. I wandered down to look, because Nathalie and Tomas had speaking parts, and I had heard that I might find smoothies there. Mats and I wandered down and back up several times until we couldn’t stand another smoothie.

I leave Arcada for the Pixelache AGM at 16:15 and decide to walk. The building work has ended down Hermannin rantatie and the walk takes the time it used to take before work began on turning Kalasatama into a new city. I stop to look at the skyline changing as the new shopping centre and apartment blocks begin to take shape. The mall should open in September so major changes here should take place here for the next six months.

I will get to Pixelache to find Andrew, Antti, Jan, Ulla and Vishnu tucking into some food that Jan prepared earlier in the day. I will join in as the meeting triples in size as members join virtually. This process still does not work as smoothly as it should but we will, nonetheless, have a series of successful meetings in one evening with most of the participants scattered across the globe.

I will resign from the board for reasons suggested by Starhawk: in a flat, decentralised organisation all members should experience power and learn the skills needed to run the group by actually doing it. A new board will form, and the plans for the 2019 festival discussed.

Finally Andrew, Jan, Ulla and I will walk 200 metres to Panimo, the bar in Suvilahti where most of the beer gets brewed on the premises. The beer comes in 3dl, 2dl, and 1dl glasses. I will opt for 2dl of something called Unusual APA, which I will describe to the others as charmingly smoky.

At home Irma and I will do our monthly financial transactions before I go to bed for a night of sound, reöaxed sleep.