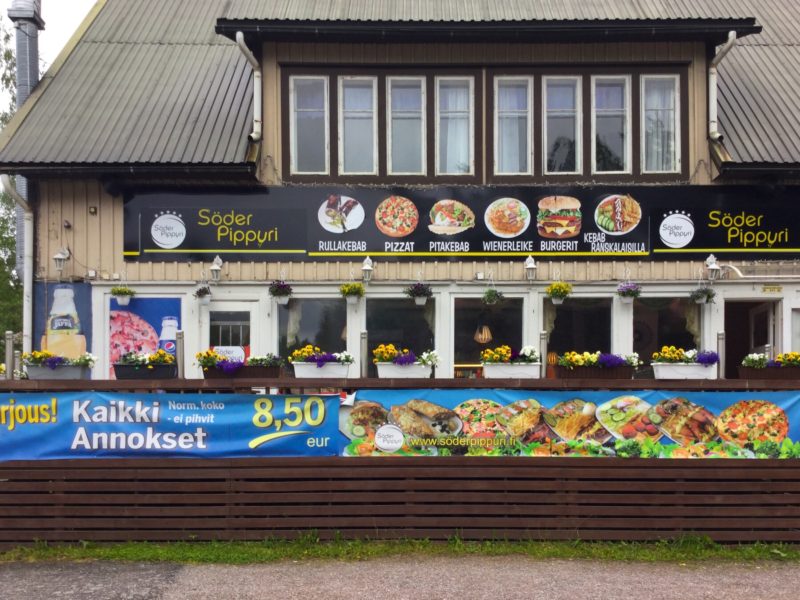 We woke to a cloudy sky that looked as though it wanted to get cloudier. We had breakfast. The cat went out suspiciously as though it knew what the sky had in mind.

At 10:35 I cycled to Prisma. Naa had phoned me yesterday evening and so, by appointment, I met her in Itis at Espresso House. We managed to find seats, which we had not done the last few times we tried to meet there. She had three things that she wanted to talk about: Sampo, Sampo moving in with her, and the speech that she had promised to deliver at Jennifer’s wedding. I suggested that I had little I could say about the first, and the second had financial implications while she had study rights, and that I did not have the expertise to deal with that. She should consult a combination of Irma and Kela if she wanted to avoid nasty surprises. We concentrated on the third. Naa took notes while I asked questions and tried to turn the answers I got into a short, amusing speech suitable for delivering at a friend’s wedding.

Naa left for work and I cycled home through the driving rain. I had had the foresight to take my weatherproofed and hooded Job’d jacket with me. While I had drunk cold coffee in Itis Irma had repainted the table that the rain had ruined yesterday. This time she had painted it indoors.

In the afternoon Irma took me on a mystery tour. We began by visiting the picture framer to ge some pictures we bought in India framed. Next we drove towards Borgå and turned off to follow the sign to Ingman. We had often wondered in passing if they had an outlet and now we found out. They didn’t. Our hope of finding experimental yogurts on sale lay dashed.

Finally we turn back onto the main road and stop just outside Söderkulla at the roadside cafe known as Söderpipuri. We have often talked about this as we passed and now we will have the full experience. We have burgers and chips, or chicken and cream potatoes, and it could not look more like we expected it to. We get the full roadside dining experience and we love it.

On the way home we will stop at the bread shop we cooasionally stop at, and then drive to Lidl for Pellinge shopping. This will lead to us stopping at Prisma for cider to accompany the food.

We will reach home in pouring rain, and realise that we have put the indoor lights on in July.

We will watch England beat Columbia in a World Cup quarter-final, and marvel at the dramatic and theatrical nature of Columbian football.