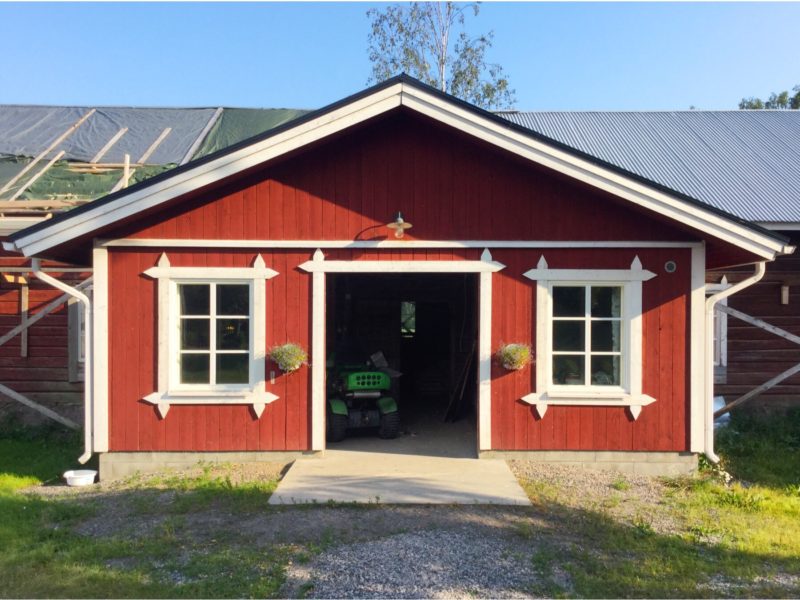 I woke to a dream about logrolling. I had to act like a sheepdog as logs rolled down a fast river, and I wondered how I could keep the logs from drifting apart. Then I seemed to manage to do this and I got the logs to the mill, where they cheated me. I had brought thousands of logs and they only gave me a handful of planks to take back. They said the rest of the wood had fallen to bits.

Later the tree-fellers made me buy a saw of my own so we could saw the logs into planks ourselves. The people at the mill found out and sent some cowboy-like bad guys to stop it. We captured them and after one of them had gone through the rotary saw, silent film style, and got sawn in half lengthwise, the others confessed who had sent them. I woke up at that point.

I lay in bed for about ten minutes and then got up at 8:45 and went to the sauna to write. Before I did this I downloaded and installed the beta version of Scrivener 3, and there went an hour or so. I converted a project, the one I use to write these diary entries, and tried to sync it with my iPad. My laptop decided to restart itself while Scrivener tried to sync. Mayhem ensued. Nonetheless I felt happy about doing it. The new interface looks good and the composition mode seemed like a major improvement the moment that I stumbled upon it.

Irma slept later and when she woke up we had breakfast. The weather felt hotter than ever, and even thinking about what we might do today seemed like too much effort. Eventually I walked to the ferry and went to the shop at Tirmo. Irma had bemoaned the lack of table water biscuits in the cupboard and I had volunteered to see if I could find any. I watched a customs boat towing a holidaymaker whose boat engine had ceased working. They tied up at Tirmo just as I arrived.

I found no water biscuits as the shop seemed almost as empty as it had the last time I came. Several people we have spoken to this summer have wondered if the current owners will last the year. I could see their point.

On the ferry back I waved hello to Aili who drove off the ferry and stopped for ice cream. I spotted Mika and Camilla setting up a new signpost because Camilla has got increasingly frustrated by people driving past her roadside shop and appearing in the barn asking where they can find the vegetables for sale. The new sign stands right next to the shop and points left.

Later in the afternoon we both went swimming for a long time in water that had the temperature of bathwater. We both washed our hair and floated around for thirty minutes or more.

We dried of and sat and read. I continued reading Kurt Vonnegut’s book of short stories. Naa popped up on WhatsApp with a selfie, asking for advice about a dress she had just tried on. We said, “buy it” and I believe that she did.

I decide to walk up to the barn and photograph the main entrance; something that I had meant to do last week. The barn roof has restoration work going on on the left, where Mika has removed a recent addition to the barn, and remade it in its traditional form.

In the evening, when the sun has begun to die down we will make some plans for tomorrow. We will decide that we might drive to Lovissa. Will we?