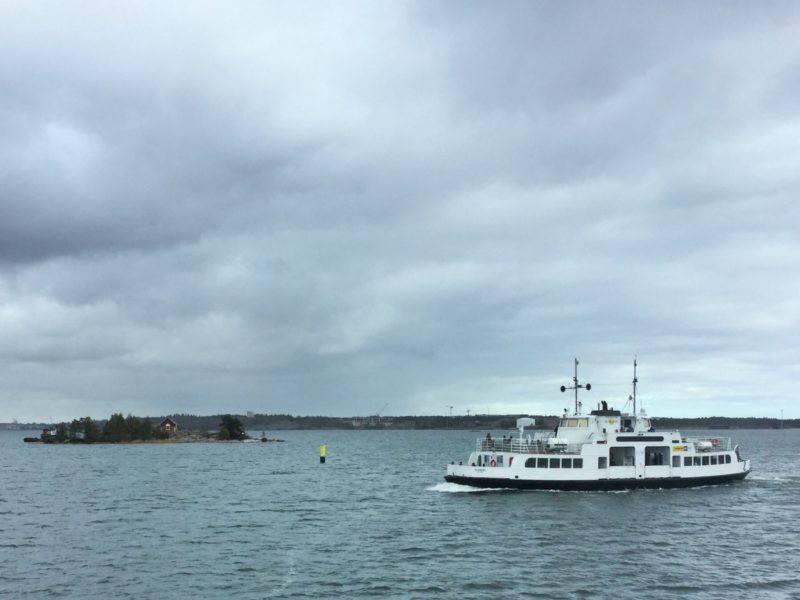 I started my day later and had a relaxed brunch. Irma then drove me to Kauppatori, for which I felt very grateful.

One of the Job’d workers had messaged to say she had flu, so I waited for the other three. Today I knew how to get to HIAP with no missteps. It rained briefly while we waited for the ferry but fortunately it held off as we walked across the island.

I arrived as lunch finished, and Sven reconvened his Sociocracy 3.0 workshop. I led the three in cleaning and tidying, dodging round Sven’s group, which switched rooms from time to time. One of the three also chopped a lot of watermelon and oranges.

At the end we all sprang into action and grabbed chairs from people as soon as they stood up, while moving tables to their right places. After an hour of frantic activity the building looked like it looked when we first arrived. Job’s workers had, mopped floors, unpicked sellotape from surfaces, rearranged furniture, and eaten the rest of the soup and bread.

They had also completely cleaned the kitchen to Bogna’s delight.

We walk down to the harbour, pleased with how it all went. On the ferry, as we head towards the mainland, I photograph another boat. Yo ho ho, skipper, I don’t say.

I will say goodbye to everyone and Irma will collect me from the harbour. We will both have an early night.