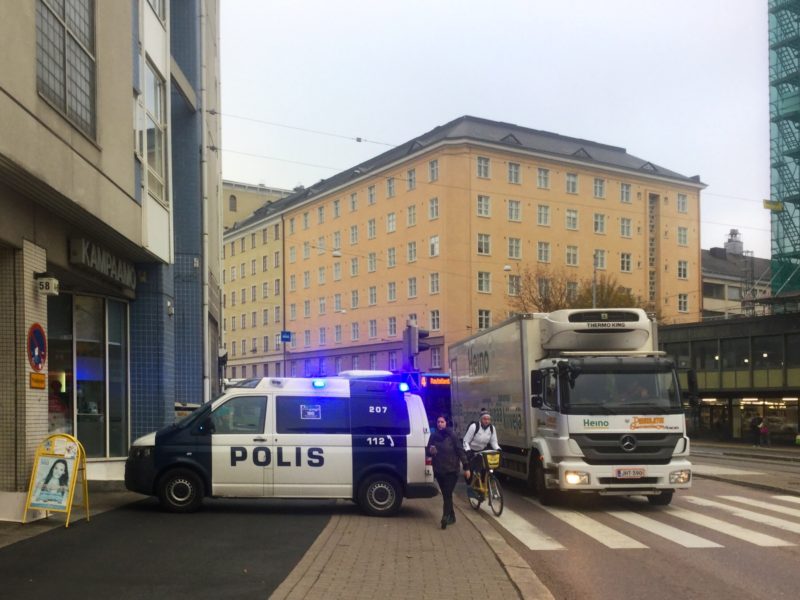 I left the house and stepped into wet air that circulated halfway between mist and drizzle. I felt dry and warm enough to cycle to the metro with my hood down and my gloves in my pockets.

Hardly anyone appeared at Arcada this morning. Nathalie had left for ten days in Greece. Jutta worked from home. Monica, Fred and I sat and worked while Mirko came in and out, and Maria appeared and disappeared again.

I made copious notes for the podcasting session, and devised a running order sheet that will allow us to segue smoothly from one section to the next. The sheet had ten points, meaning that each point needed to start and finish within three minutes.

At 10:30 Sophie joined me in Zoom but we soon realised that her internet connection would not allow us to record a podcast. She kept fading in and out and sounding as though I had caught her visiting the international space station. We rescheduled the recording for next week and had another planning meeting instead. We got the third episode planned, and also worked out how the book reading group might work. We also talked about the website and agreed how this will expand.

Finally we agreed that we will begin making fortnightly episodes, for uploading every other Friday. That left the question: when shall we publicise all this, now or after we have two or three under our belts? In the end Sophie said “let’s just do it”, and I agreed with her.

An hour later I made some final adjustments to the very simple, one page website and tweeted about its existence. Within an hour three million people had listened to it. Or less.

I set up a Pixelache Zoom meeting for Monday, and then sat and read through my notes for the conference presentation that I will make in Tampere in November.

I left early because I wanted to return a copy of Band on the Run to the library. I have decided to listen to it again to see how it holds up.

I catch a tram and as we approach the stop at Sörnäinen a police van comes through the traffic lights, siren on. To my surprise it turns left at the pedestrian crossing. The driver keeps his hand on the horn and the van crosses over, through the oncoming traffic and stops on the pavement. As I stand up to get off I notice the two policemen running with a small crowd through an opening and into the inner courtyard of the apartment block.

I have no idea what happens next.

When I get home we will drive to Prisma where we will end up buying this and that. Irma will decide to start putting oat drink into her coffee and add Oatly iKaffe to our purchases.

We will eat a bit of this and drink a bit of that sitting on the sofa later.