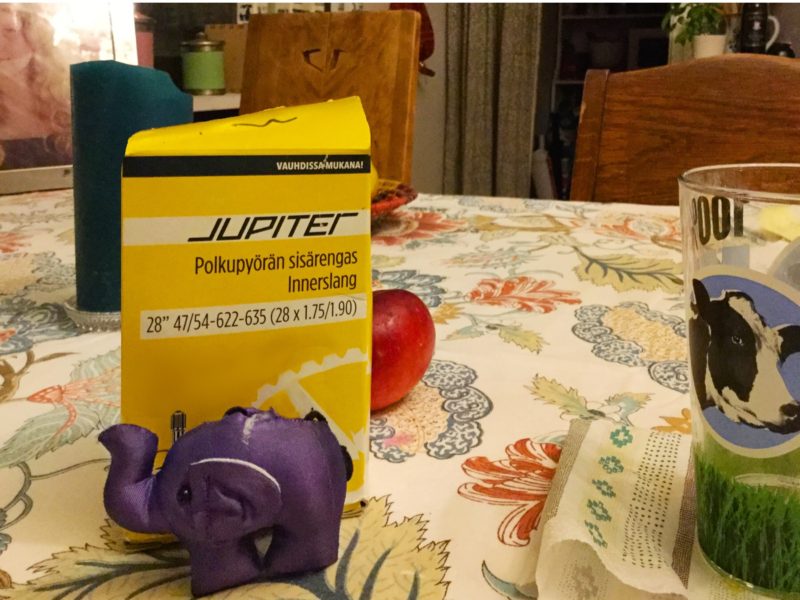 I checked yesterday evening and Buddyschool had still not reappeared online. I did as much as I could with my iPad and then sat and read some Stephen King.

This morning I walked to Puotila, determined not to let a flat tyre determine when I start taking the bus. I felt so determined that I walked right past the 95 which had pulled up at the stop by Alepa just as I approached.

I spent the first part of the morning trying to do two things at once. I participated in a discussion with Ilpo and Oliver about a grant we will apply for, for next year’s Social Tools. At the same time I looked through the Linode that runs Buddyschool trying to find out what had gone wrong.

At about 13:00 I finally got Buddyschool online again, and promptly noticed that the boys who built the final version had left some crucial parts linked to their own Arcada html folder. I worked rapidly to replace them from backups I had made of Emilia’s original site. I got enough done to make the rest invisible to the untutored eye.

I will fix the final chunks later in the week.

In the afternoon I began to work on a proper site for miaaw.net, where the podcasts live. I had realised yesterday evening, in between pages of Stephen King, that I could use this as a step-by-step run-through next Tuesday in the CMS class, as a way of showing those who still do not understand how one might take a grid-based site and make it into a Wordpress site.

Irma works late again tonight and so I get home early again to let the cat out before darkness takes a hold. When I arrive, having walked from Puotila, a huge storm begins. The cat leaves and I look at the kitchen table to see that Irma has found my lucky elephant and rested it against a new inner-tube which I can use to repair my bike.

The cold and the wind, however, deter me from leaping outside immediately to remove the front wheel from the bike. I look around for something else to do and notice that the floor has got covered in faint footprints. I spend a happy ninety minutes cleaning and polishing indoors while the wind howls and all the lights in the garden swing like lunatics.