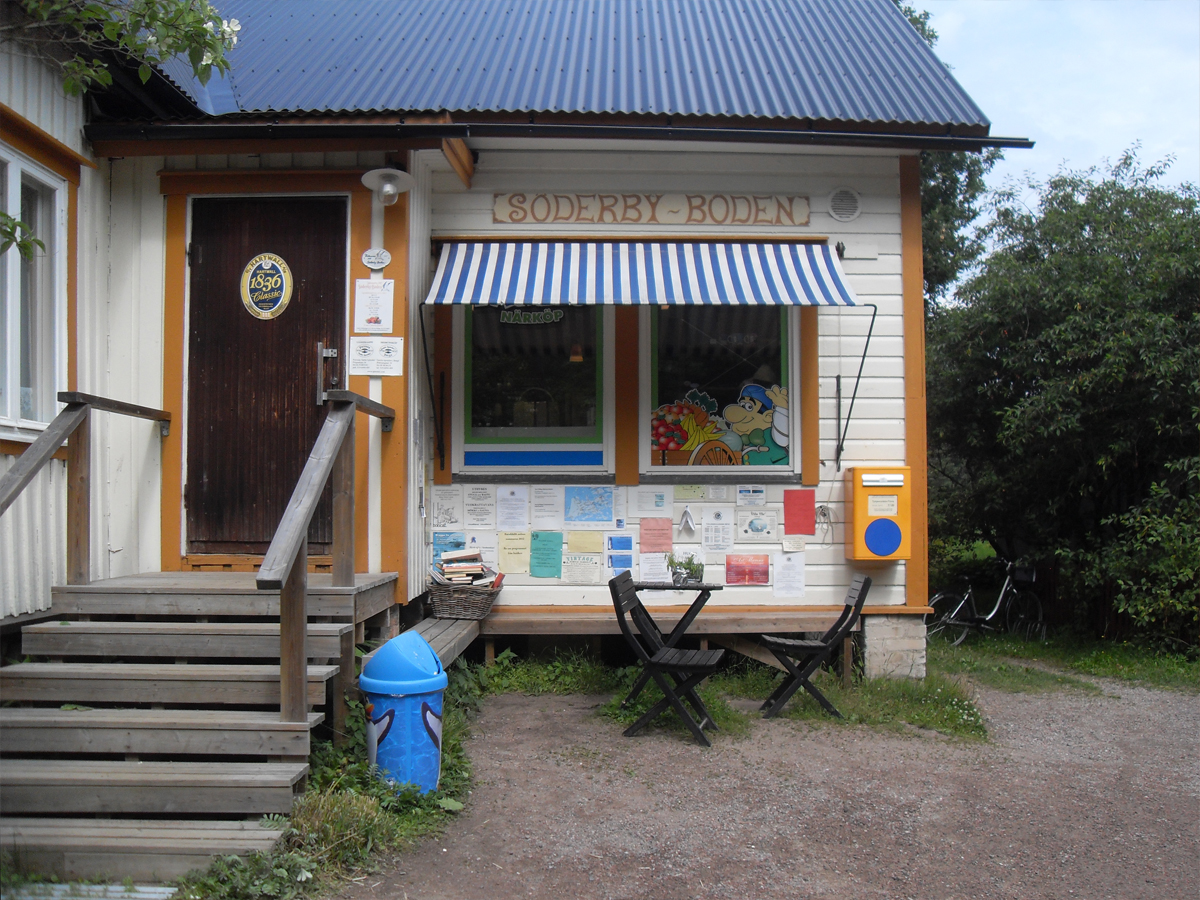 I woke at 5:30 due to a combination of a restless cat and a relentless fly. I started writing half an hour later, and got interrupted at 8:00 by the two younger girls wanting to wash their hair. They used enough water to wash an army.

The sun came out and Auo and Niilia joined Naa in the fields picking peas. I sawed down a huge branch and chopped it up. The house is now twice as bright and gets twice as much sun.

Now Irma and I have gone to Gerda’s shop (which is now actually run by Erika). It gets better and better while still maintaining the atmosphere of a genuine village shop. Erika carried on a conversation with Irma that had started four weeks ago, as though there had been no gap: remembering exactly what sauce Irma had been asking about and explaining why they didn’t stock it. She has cunningly differentiated the shop in Soderby from the shop at Tirmo by moving it upmarket while Markko grabs the Euroshopper market.

Later the girls will go to Tirmo for ice-cream, and Irma and I will relax. In the evening the fields will be suddenly so filled with mist that it will look like a special effect.