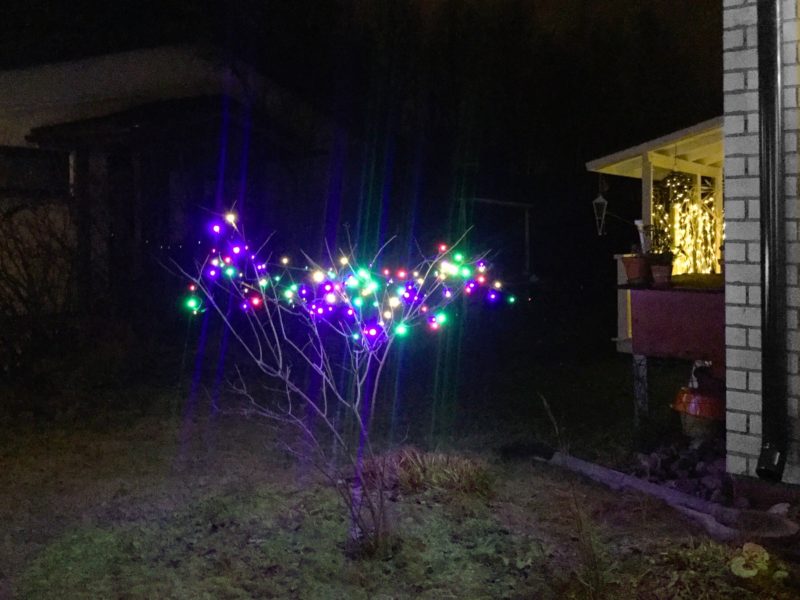 Frost lay thick on the ground as I left the house and the slippery feeling underfoot scotched any idea I had had about walking to Puotila for one final time this year. I got the bus from the gas station.

I started the morning with a planning meeting with Tomas, in which we came up with a solid set of ideas for improving the Innovations course that he and I will do in January. Actually, Tomas will start it the week before I get back from India and I will join in by doing most of the second week from a standing start.

At 10:00 we sat through Riina’s thesis presentation for her MA degree. I supervised and Tomas played the part of the examiner. She passed.

At 11:00 I hosted a Nobanet meeting on Zoom at which we decided to apply for an Erasmus Plus strategic partnership grant in March, which will involve (according to Eija, who knows about these things) approximately one person-month’s work, or about 140 hours in layperson’s terms.

At 12:15 I had lunch with Calle and Matteo because Calle has embedded himself in our department this week, and he wanted to chat with the two of us outside of the classroom. In the afternoon he sat in on Jutta’s class, leaving me glad that I had had the lunch option.

I spent much of the afternoon engaged in some initial research into ClassicPress, calmPress and at least one other fork of Wordpress that have sprung up after the launch of Wordpress 5.0 with its compulsory inclusion of the new Gutenberg editor which fundamentally changes the entire nature of Wordpress.

Gutenberg may turn out a brilliant idea, but when the developers have finished with it Wordpress will have become an entirely different, and very incompatible, product, and those people who had reasons to feel happy with the Wordpress of last week will have to look elsewhere. ClassicPress seems to have an interesting and very experienced team behind it and looks, at the moment, as though it might achieve lift-off. If it does then I will have to rearrange next year’s CMS course to include a comparison of the two, before opting to create a detailed project in one or the other.

I get home ten minutes late because the traffic only uses one lane down Itäväyla. When I get off the bus I see the reason in the distance: flashing blue lights by the gas station. I cross the road hoping that nobody we know has just died on the pedestrian crossing there.

In the evening Irma goes outside to set up some coloured lights on a bush in the garden and, ten minutes later, I go outside to photograph the resulting scene. The cat sits on the radiator, warming itself.