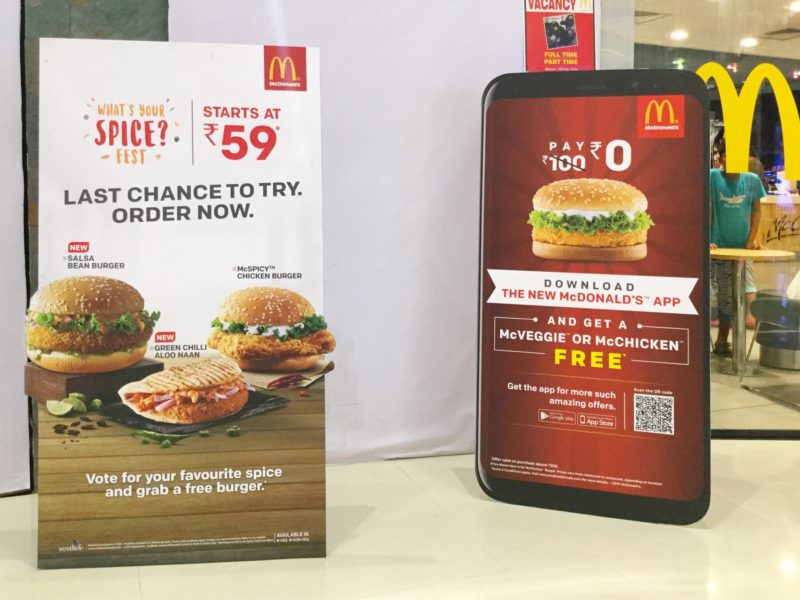 We left the house at 11:00 and headed for Trivandrum in a car that Uday had arranged for us.

We stopped first at the Modern Book Centre. I bought three more AA Fair books at 60 cents each in the clearance sale, as well as four more “proper” books. We also bought three issues of Seminar, a monthly magazine that looked interesting in both form and content.

We looked briefly in Fabindia to see if the main branch had anything interesting that the local branch in Kovalam did not. It did not.

We then spent a long time in Style Plus where, among other things, we bought two tennis balls for the dogs. As always, they had a Christmas competition. This year I had to throw eight magnetic darts at a large board. I won seven prizes.

Four prizes consisted of vouchers we will almost certainly never use. However I also won a mug to join the one I won about seven years ago, and two scoops of Baskin Robbins ice-cream, which pleased us both.

Finally we went to the Mall of Travancore, where Naa asked us to get a nail polish she almost, but not quite, bought the time she came here.

While Irma buys Naa’s nail polish I photograph some posters outside McDonalds. They offer some examples of how McDonalds copes in a country that does not eat beef and where many people eat no meat at all. Everything contains either chicken or vegetables. In addition to the vegetarian items, every item on the menu that contains chicken also comes with a vegetarian alternative.

We will buy our own food at Hymart, the supermarket in the mall, and then head home.

We will show the dogs one of the balls and, initially, they will act very warily towards it. Snowy will find it interesting first. He will work out how to pick it up with his mouth and then race off with it. Freeda will join in only after watching him for thirty minutes.

Irma also bought them some edible chewy sticks, and they will go through the same process with those.

We will have some beer for the first time in three days.