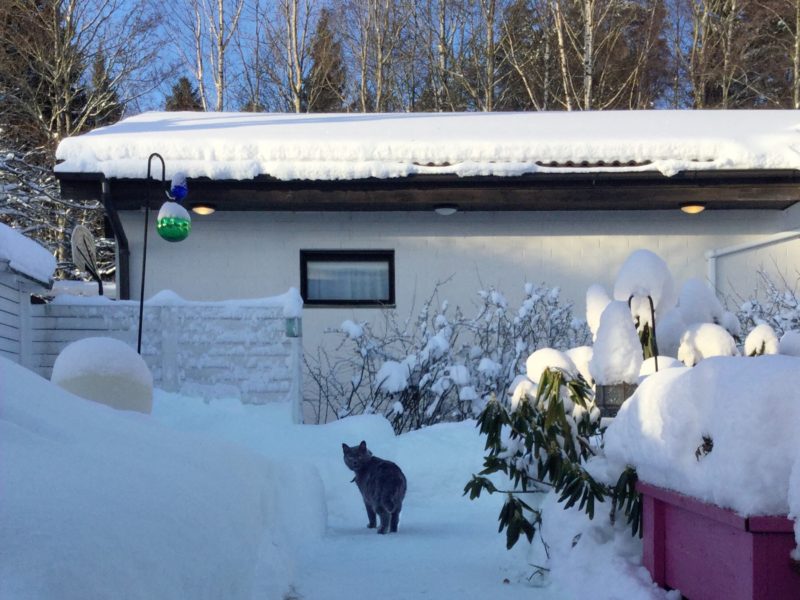 We got up late this morning and after breakfast I spent an hour or so clearing the snow that fell yesterday evening. A lot more had fallen than I had expected. The sky had turned bright blue and the work felt pleasant enough.

As I finish Sunshine goes out along the path that Naa created and stands surveying the garden, deciding which way to go. I call his name and he looks round.

At 13:30 Irma will leave for messukeskus to work at the Finnish-Indian Association’s table at some event: her penance for getting herself elected to the committee.

I will vacuum-clean while Sunshine roams the area and then watch the Doctor Who New Year special, Resolution, which ends the series with the Doctor finally meeting a classic monster; a lone Dalek.

I will understand how the episode works, and I will understand that we should see it as a move into second gear. However I will switch off hoping that the next series, in 2020 apparently, will step up another gear. I think the family drama has resolved itself now, and a move away from Sheffield to places across space and time

When Irma returns we will eat and shower and go to bed early. Very early. I will fall asleep by 21:40.