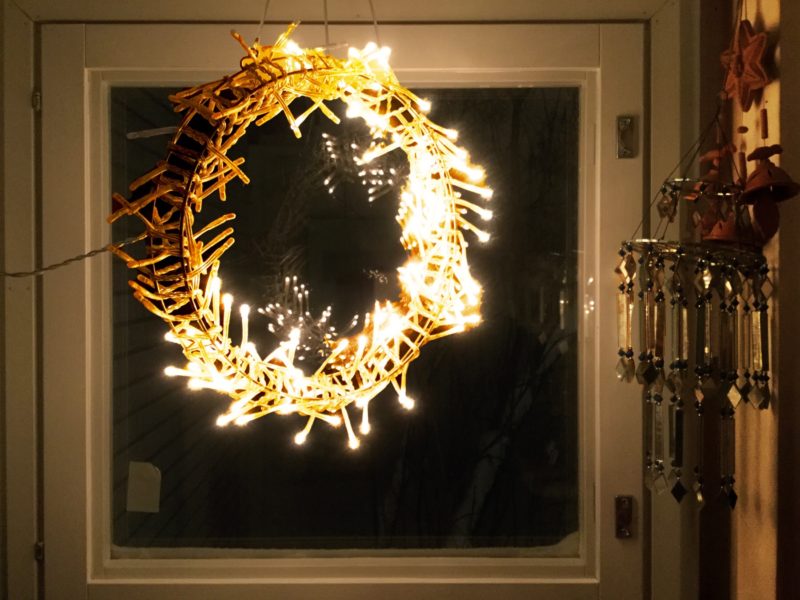 The snow fell all night and obliterated all the work that I had done yesterday. It continued to fall heavily as I ate my Weetabix and looked out of the window. I dodged the snowplough as I walked out of the house and stopped to move some of the snow-boulders it had strewn across our drive.

I spent the whole day with Tomas running clinics for the Innovations course. Each group spent twenty to thirty minutes with us and went through their research, their analysis, their conclusions, and the presentation that they intended to make.

At 15:45 I set off through the thick snow to attend the Town hall meeting that the British Ambassador had called for British citizens living in Finland. Today the meeting took place at the Mikael Agricola church, and so I set off for Kaiseniemi.

The problem that I faced when I arrived revolved around the fact that the meetings used to take place in the church crypt near the university, but the Mikael Agricola church stands somewhere else entirely: on Tehtaankatu, in fact.

I sent Irma a message to inform her that I would arrive late and set off through a blizzard to get the number 3 tram from Kaiseniemi to Tehtaankatu. The temperature had fallen to about minus twenty, the wind turned the heavy snow into deadly weapons, and the trams and buses had taken to runnning “at irregular intervals”.

I missed a tram by seconds and waited ten minutes for the next one, which never arrived. I waited once again and the third tram did not arrive. I checked my iPad and ran down to the harbour to catch the 17 bus. In the excitement of running through a howling wind that both soaked and froze me I momentarily lost my bearings, missing the bus by about five metres.

I then ran as best I could from the harbour up Esplanaadi to Mannerheimintie to catch the number 1 tram. A number 3 appeared as I got there: fuller than I have ever seen a tram. I squeezed on.

When I finally go to the meeting it had almost finished but I realised that I had missed nothing at all. Irma realised that she had learned for the first time the British capacity to blame other people. She snorted about it all the way home.

I then spent about an hour an a half doing snowblading with Tommy Strandén and Merja doing it at the same time. Tommy ran out of his own snow and came over to clear away some of mine.

Finally I go back indoors and, as I stand on the porch, I look at the light hanging in the window. In fact I stand looking at it for several minutes in a stupor before taking my freezing haalari off and going indoors.

As I enter the house the snow will reinvigorate itself and suddenly turn into a proper storm. I wait to see what the paths will look like tomorrow morning.