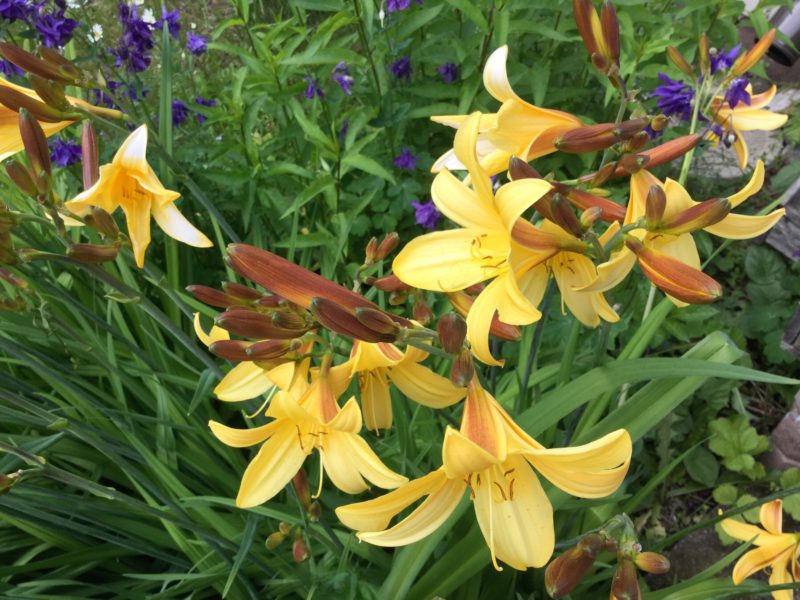 To my surprise Sunshine woke me at 7:00. He never normally does this, but this morning he came in and made some contented noises before standing on his back legs at the side of the bed and watching me. This woke me up and I stroked him which he took as a signal to jump onto the bed and sit next to me, purring.

I got up and avoided breakfast but somehow managed to leave the house at the usual time. The weather had cooled but I cycled to the metro, got off at Kalasatama and got the 56 bus which arrived as I walked past the bus stop.

I popped in to the mall to buy some fruit and then sat down and answered my mail.

At 9:00 I went up to the fifth floor for a special breakfast for 14 people to celebrate those staff members who have served at Arcada for twenty years. My calculations must differ from the official ones but, never one to turn down a free breakfast, I went anyway.

For an hour people sat with the rector looking back wistfully over their time at Arcada in a mixture of Swedish and English. More specifically, when I spoke other people heard English and when they spoke I heard Swedish.

We ate a miniature croissant each, which we washed down with a banana smoothie and several cups of coffee. At the end we each chose a size and colour for our soon-to-arrive new-style Arcada sweatshirt.

I spent an hour at my desk trying to arrange the trip to Iceland that Micke and I should make in September which finally involved me walking to the International Office to clarify a few points, before emailing Vera an incomprehensible email with two attachments. I will wait with interest to see what happens next.

At 11:30 Tomas declared that everyone in the room should leave immediately for lunch at China Favor, so I got up and left with Maria, Mirko, Monica and Tomas. Wednesday equals sushi, and we managed to get the back round table by the sushi stand, so we stuffed ourselves.

I spent some of the afternoon editing and preparing Sophie’s discussion with Sally Labern, which will soon become episode 19 of the Miaaw podcast series. I spent the rest of the afternoon watching the lengthiest MA thesis presentation I have ever seen. It concerned blockchain and the sharing economy so a lot of it held my interest, and I made a note to read the thesis later in order to fillet it for the references.

I get home early because Irma will get home late and Sunshine wants to get out into the garden. I go with him and spend almost an hour continuing to unwind convolvulus from the lillies. I photograph them once I have freed them.

Irma will arrive at about 20:00. The wind will rise, the clouds will darken, and for just one moment spots of rain will appear.