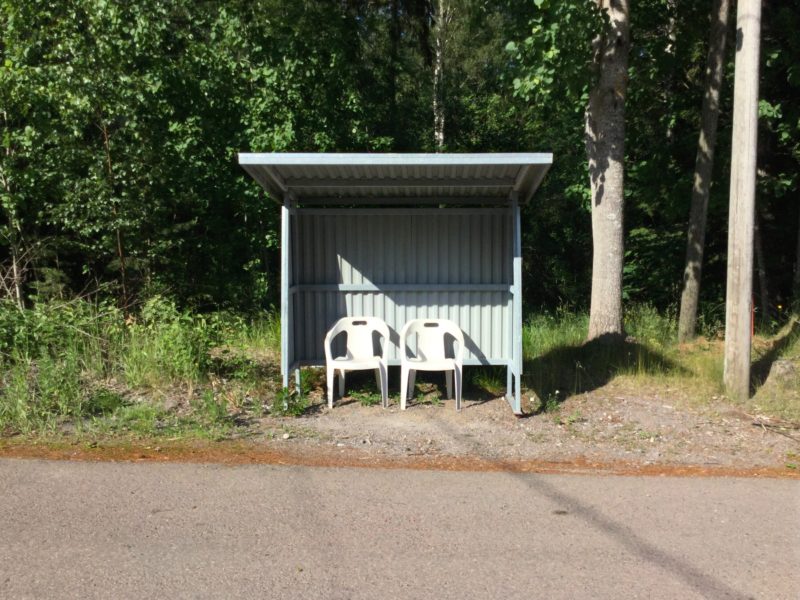 Today Irma planned to work from home so I prepared myself to creep around quietly and sneak out noiselessly. My plan crumbled when I heard Irma wide awake and talking to me.

Before I left I got the mower out and topped up the oil. I started it and Irma came out to take over the actual mowing. I then swept up the grass that had blown all over the drive, before leaping on my bike and making my escape.

Arcada seemed completely deserted when I arrived and set about my final tasks before leaving for summer. The CodeAnywhere accounts had arrived just in time and so I created one for Amanda and one for Emilia, who will work on a project over summer, and let them know. I then ran through all the remaining administrative tasks that I could think of.

I backed up my hard disk, twice on different backup disks, and packed my laptop into my rucksack.

We had agreed that we would leave shortly after 14:00 so I left on time and duly returned shortly before the hour. I found out that Sunshine had gone out after breakfast and not returned. He had gone missing in the afternoon warmth and had undoubtedly found somewhere comfortable to sleep.

We waited and, of course, eventually he returned just after Irma had left to do some shopping that we would have otherwise done in Borgå on the way. We left to join the holiday queue that we had planned to leave early to avoid.

We get to Tirmo and I walk down the queue, which proves shorter than I expected. I stop and talk with Aili who sits some way ahead of us. When I reach the ferry I turn back and, on the way, I photograph the bus shelter where we put some old chairs three years ago. They seem to have become a permanent part of the bus shelter experience.

We will get to Sundö, unpack, settle in and stay up late celebrating the start of summer.