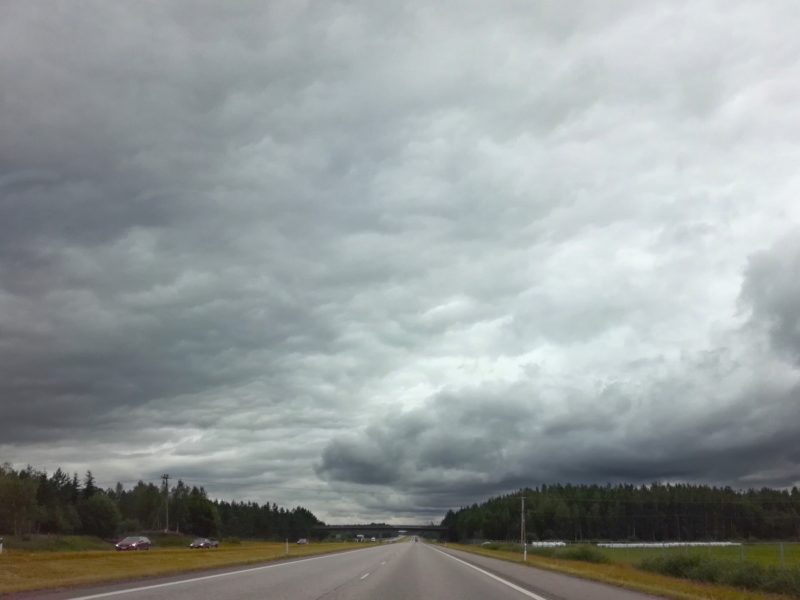 Having woken up to a late October morning, we decided to make an outing and, randomly, chose to visit Aleksis Kivi’s house in Nurmijärvi: the kind of town where the former Finnish Prime Minister Matti Vanhanen claimed every Finn should live, probably because he lived there.

I photograph the sky as we race along the main highway in the general direction of Tampere.

We will overshoot the exit, end up in Hyvinkää, find somwhere there to turn round, stop at a roadside cafe from a parallel universe, and finally get to Nurmijärvi, where the secondhand shop – the OK-kippis – seems to house the only action in town.