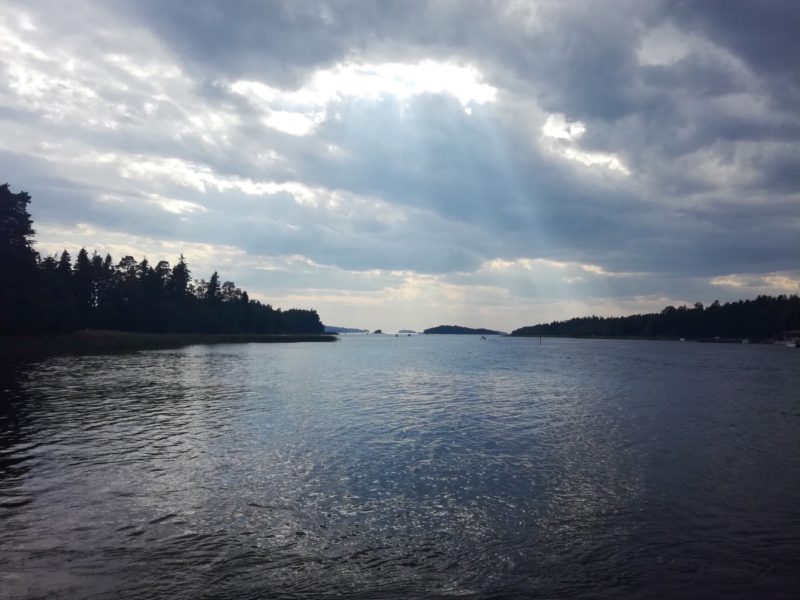 We went to Benita’s to get drinking water and sat and had a drink. Now we have cycled to the ferry to go to Tirmo and have another drink.

For the last few week the temperature has risen to over thirty degrees almost every day. While we sat at Benita’s two things happened. We learned that both Helsinki and Porvoo have recorded the hottest days in their history, and moments later the weather changed completely.

The sky darkened and a gale appeared from nowhere. This has continued and while we stand on the ferry I photograph the suddenly rough sea.