According to Wikipedia, spam musubi “is a popular snack and lunch food in Hawaii composed of a slice of grilled Spam on top of a block of rice, wrapped together with nori in the tradition of Japanese omusubi”.

I first saw it at an ABC store in Kuhio Bvd. Then I found out about it. Then I bought one.

Mmm, yummy, I found myself saying.

As an idea I find it somehow amusing: an incongrous mash-up that shouldn’t work but does.

As a quick snack I find it delicious. 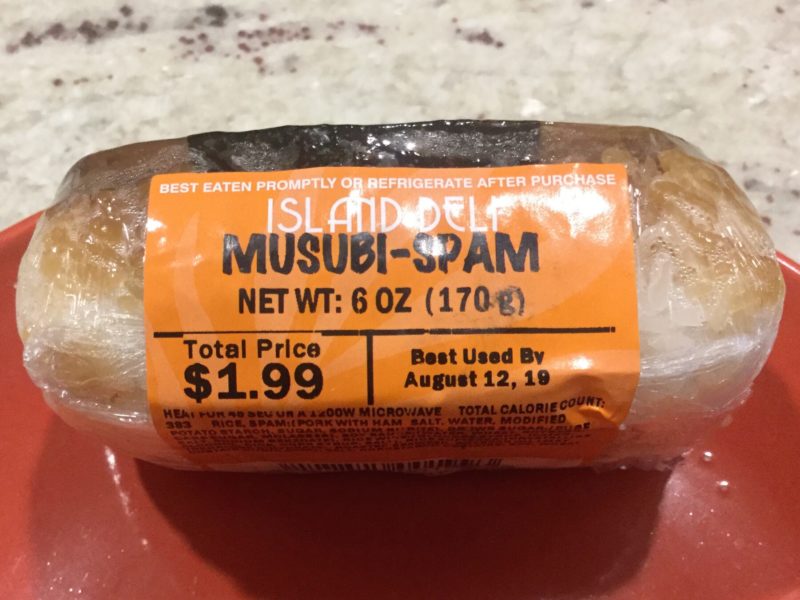 It costs about $2 and comes warm. For the same price you can also buy a deluxe version with a layer of fried egg, or a hot version laced with Tabasco or some equivalent. 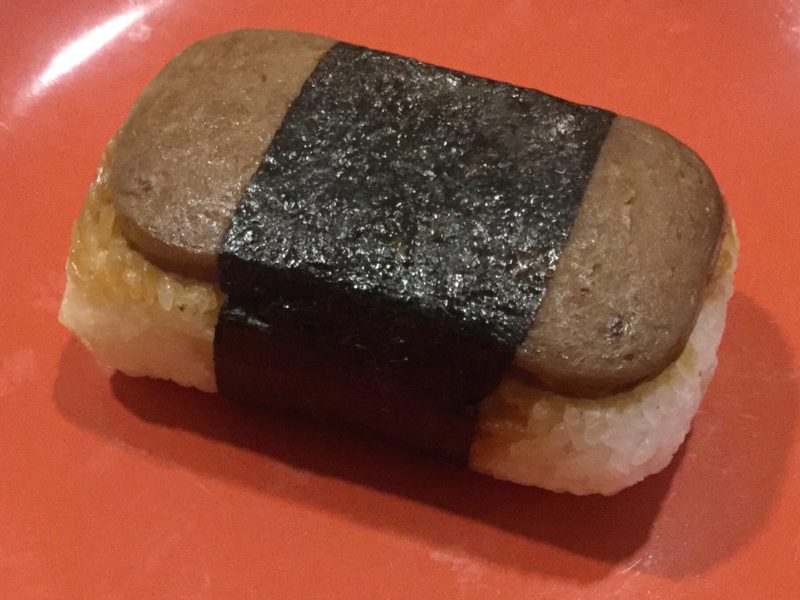 Like burgers it has attracted the attention of celebrity chefs. The Hawaiian chef Alan Wong, for example, makes his own spam-like meat for the musubi he serves in his restaurants.