We have come to Honolulu to celebrate what should have been Auo’s eighteenth birthday. Wandering along the beach road in Waikiki I spotted a Burger King, and I remembered something I had read on the flight here. From last week the Impossible Whopper ceased its limited trial runs and became available at all Burger King restaurants across the USA.

Today I have walked down Kuhio and Kalakaua again to find the Burger King and try one for myself.

I order an Impossible Whopper and it arrives in the same kind of wrapping as a regular Whopper, albeit with a snazzy new logo. 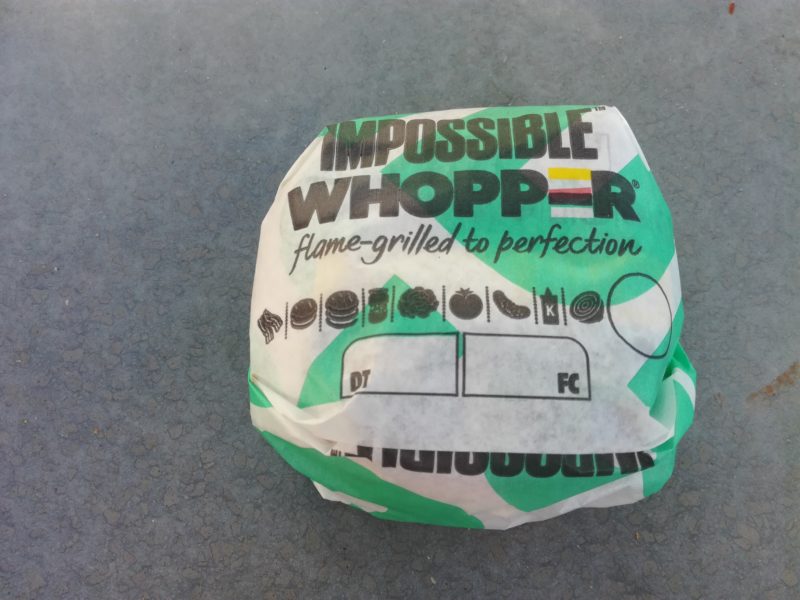 With the box opened the burger sits there looking perfectly normal. It smells like a Whopper and has no obvious distinguishing features. 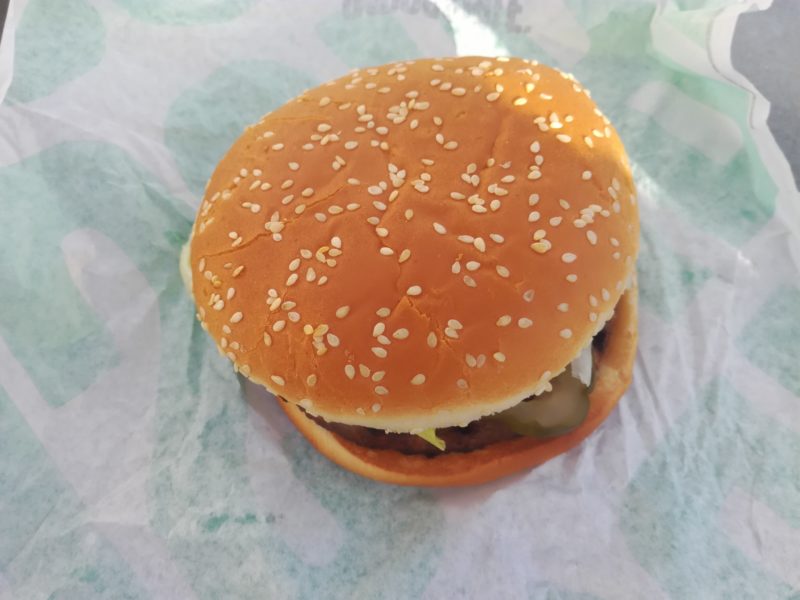 I will note that this small Burger King has only three people on duty: a man on the front desk, a woman cooking, and a second woman preparing and cleaning. From where I stand I can see each burger getting individually prepared. I watch my patty as it cooks.

I take the top off the Whopper and what I can see inside looks exactly like an average meat Whopper. I see lettuce and mayonnaise, pickles and tomato, and a patty. Everything seems present and correct. 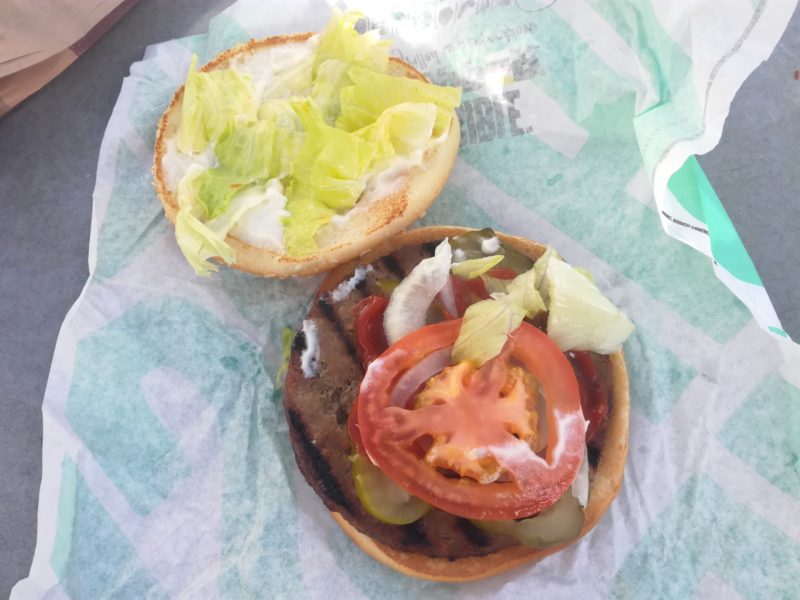 I don’t normally include this kind of picture, but this time the nature of the Impossible hype compels me to. 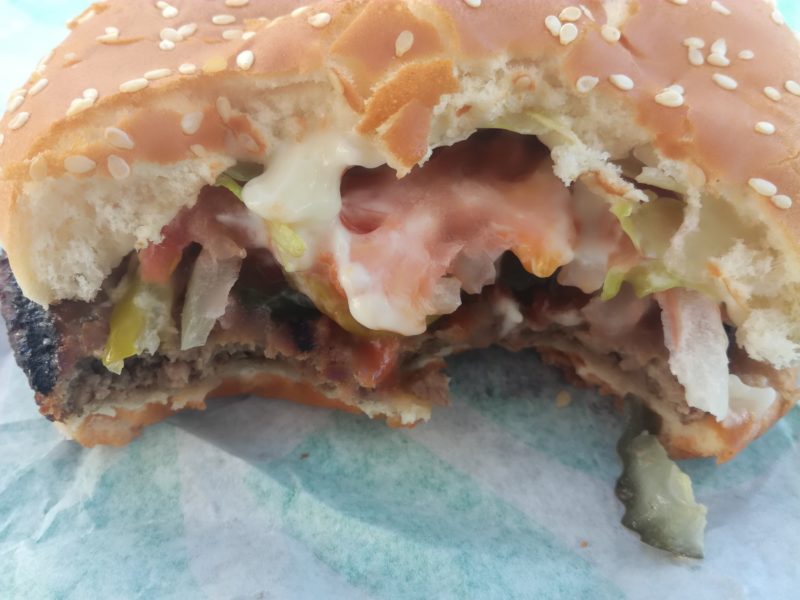 I have had two big bites of my sandwich and chewed and swallowed them. I hold up my burger and see something very like this. The patty looks exactly like a regular patty. I note that it tastes exactly like one too.

In the context of a fast food sandwich the Impossible Whopper works with astonishing success. If I suffered from paranoia (and hadn’t eatched the patty emerge from a different drawer to the others) I would suspect they had run out of supplies and given me a regular burger instead, thinking that I wouldn’t notice the difference.

The patty does not have any give-away differences, in terms of taste and texture, in the way that, say, the one in a McVegan does. Afterwards I notice that it has even left the same kind of bits between my teeth that a meat burger would.

Whether you regard this as good or not depends on what you think about Whoppers, and fast food burgers in general. The Impossible Whopper does not offer any health benefits, and doesn’t pretend to: it contains as much calories, fat and salt as regular Whoppers. It also requires at least as much processing. It does, however, avoid involving any cattle in the process, with any or all the benefits that might imply.

The Impossible Whopper cost $8.99 (or $11.99 if you opt for a meal, which I didn’t). That costs $1 more than a regular Whopper, although several “special deals” offer ways of getting regular burgers and meals cheaper.

I liked it. I definitely found it the tastiest fast veg burger yet; and, yes, I would have one again with no hesitation.