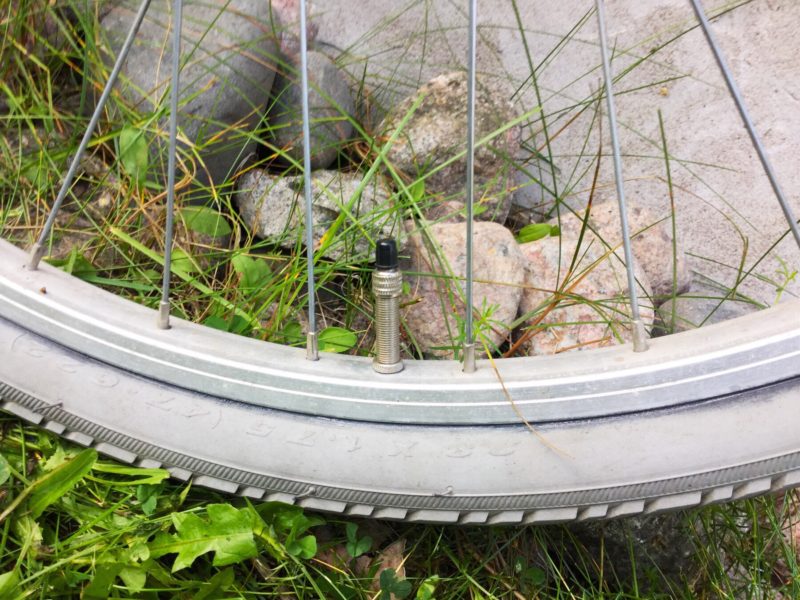 This morning, as I cycled to the metro station, a cyclist on a proper bike pulled up alongside me and told me, in Finnish, that my rear tyre had gone flat. When I got to Puotila I checked and he had exaggerated, but not by much.

I had tried to inflate it yesterday with the whizzy new all-modern pump but either
A) the pump doesn’t work properly;
B) the pump only works with two of the three valves used on Finnish bicycle tyres, and I have the third;
C) the inner tube has a small hole in it;
D) I don’t know how to use the pump, and I should stand in the corner looking embarrassed.

Any of these seem possible to me. I spend half an hour after I arrived home trying to learn how to use the pump, and decide that I have known all along. I then photograph the tyre so that I know exactly what kind of valve it has.

Tomorrow I will check out cheap bicycle pumps at Tokmanni and decide whether to buy a new (cheap) pump or a new inner tube. If I decide on the latter I will get the same kind as the one on the front – which does work with the new whizzy all-modern pump.