Six months or so ago I came across an article that directed me towards NextDraft. I looked at the single page, decided against an email subscription and then downloaded the iPad app.

I have read it almost every day since. Each new issue contains ten pithy news items, filled with puns and asides but all very serious underneath. Dave Pell, the self-designated managing editor of the internet, curates them, and each page comes with a link or two to original sources. 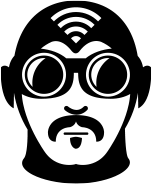 “Who that Dave Pell?”, I wondered in Bizarro fashion. According to an answer on Quora,

Dave says he is a former school teacher, and is currently an angel investor. His father fought with the partisans in WW2, and came to the US after the war, becoming a successful real estate developer; he wrote a book about his exploits. Dave is very accessible, and responds personally to e-mail.

I also found a post in PostStatus in which Dave Pell explains why he has now decided to launch NextDraft as a wordpress.com site. Somewhere in the interview he says

I do it all from one highly customized WordPress installation developed in partnership with Andrew Norcross of Reaktiv Studios. When I press publish, my content is parsed for the web, for my iOS apps, and sent to email subscribers via the MailChimp API.

Time to switch my attention back to this from that.