I spent much of yesterday at a symposium in Newcastle, where we talked about the community arts movement, its place in history, and things that followed from that. At some point somebody used the expression “Sunny Jim”, while telling a story, and somebody else wondered out loud where that expression came from.

Quick as a flash, and without even thinking about it, I said “Force Flakes”, and everybody looked at me oddly. “High o’er the fence leaps Sunny Jim, Force are the flakes that power him”, I continued.

I first came across Force Flakes as a student at Keele in the Potteries where I found it in a small grocery store, and switched to eating it and saving the boxes. 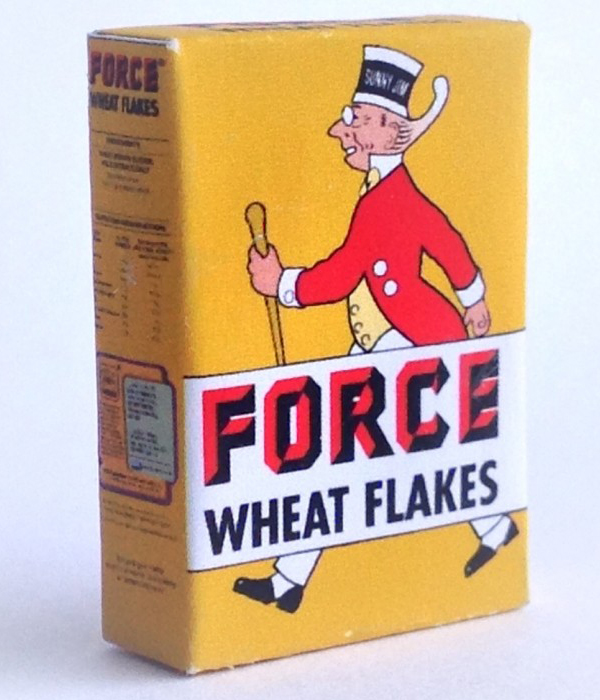 I had spent all the time since then thinking that the cereal originated in England (it didn’t) and that Sunny Jim first appeared as the mascot for Force Flakes (he didn’t). I looked up Force Flakes in Wikipedia and found that it has a much more convoluted and interesting history than I suspected.

I also remember liking the idea of the Sunny Jim doll that you could obtain by sending in packet tops. The doll had a wonderfully Edwardian air to it because you received it as a cloth kit that you sewed together and then stuffed. 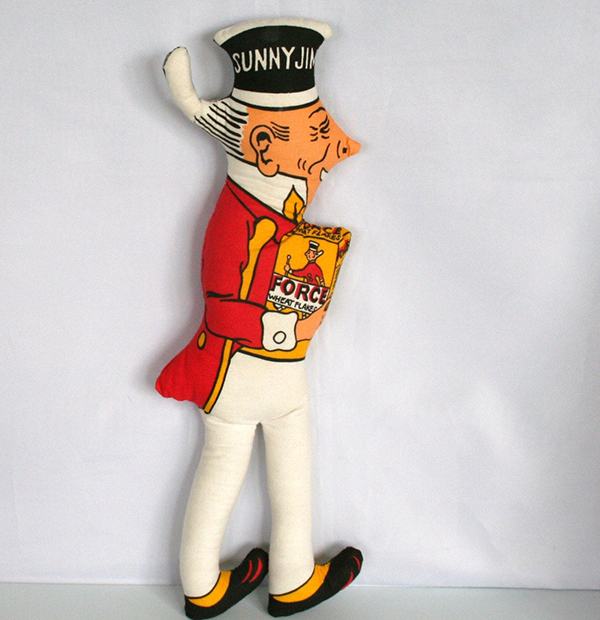 Not so long ago, after it had disappeared from the market Nestle bought the brand and tried to reinvigorate it in England to no avail. Not enough people remembered it to make it trendily retro and, without knowing anything about its history, the packaging took on a vaguely baffling air.