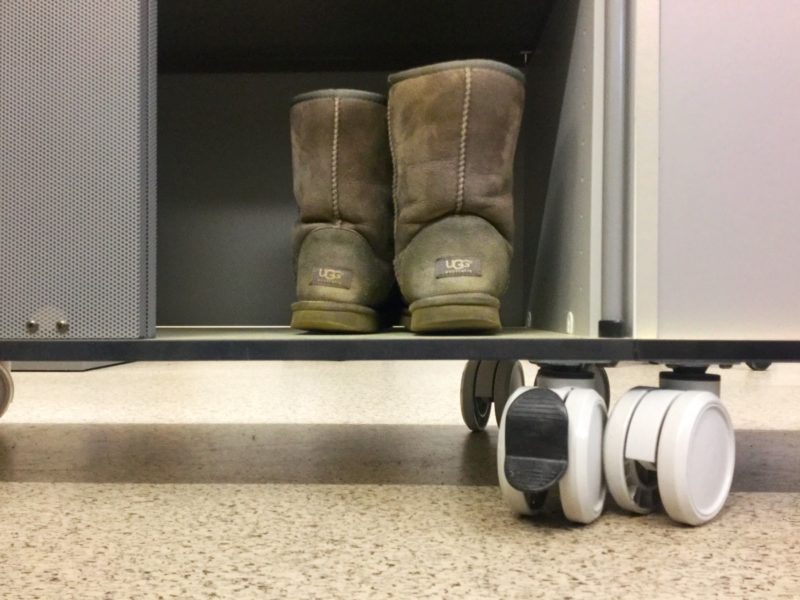 I woke in the night with an idea so intense that I sat up and wrote it down. In the morning it still held up, and I knew that it would remain in my mind all day, until I had found the right way to express it.

In the morning I raced to work with gusto and began going through my tasks. I received an invitation to a private beta test of a new to-do app called Todozu. It took me slightly less than five minutes to understand why I had no intention of switching from Todoist. In brief: subprojects, sections and subtasks; and the very important fact that Todoist lives on every device I have, syncs instantly, and looks (almost) identical on every platform.

Having removed myself from the Todozu beta test, I begin crawling around on the floor. Down there I look at Nanne’s boots. I imagine that I sit there watching them as they rattle past on an old freight train. I can almost hear it whistle.

This, I tell myself, will prove the highlight of my morning.