I learned last Sunday that Burger King had introduced a new vegan burger to Finland: the Rebel Whopper. I went home and googled and discovered from Bloomberg that

Burger King started offering its meat-free Rebel Whopper across Europe on Tuesday in one of the largest product launches in its history and the first big restaurant deal for Unilever’s plant-based patty.

Now available in more than 2,500 Burger King outlets in 25 countries on the continent, the Rebel Whopper features a patty made by The Vegetarian Butcher, a Netherlands-based manufacturer of faux meat products bought by Unilever at the end of 2018.

I also learned that Burger King have classified the Rebel Whopper as “almost vegan” because they have decided that they will cook them on the same grill as the meat burgers, and so they may get mild contamination

Today I went to the centre and walked into the Church of Burger King, in Rautatientori, to try one for myself.

I order a Rebel Whopper meal, and the burger arrives in the same kind of wrapping as a regular Whopper, albeit with a snazzy new logo (but not the same one as the Impossible Whopper I had in Honolulu in the summer). 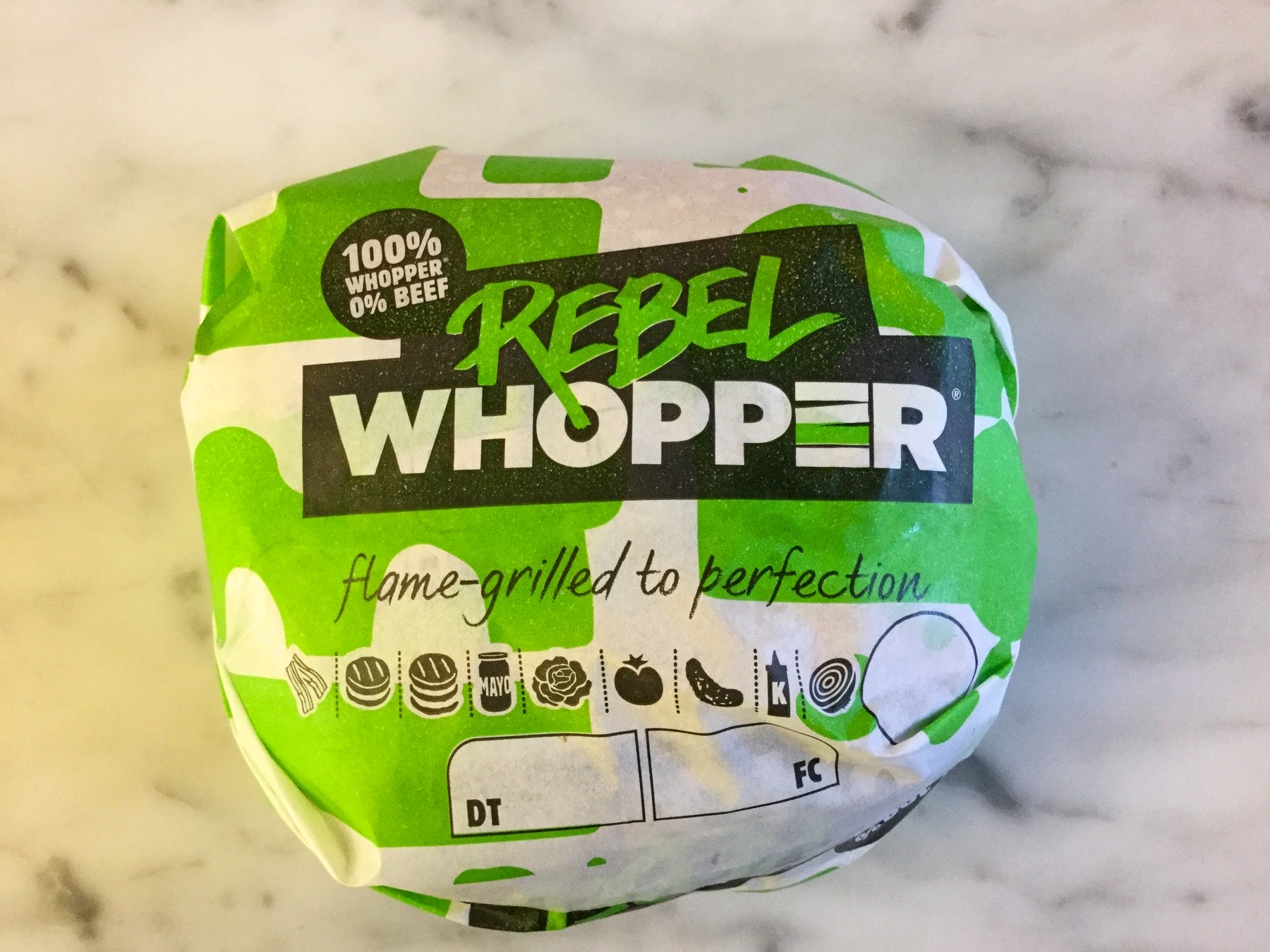 With the wrapping opened the burger sits there looking pretty much like any other Whopper. It has no obvious distinguishing features. 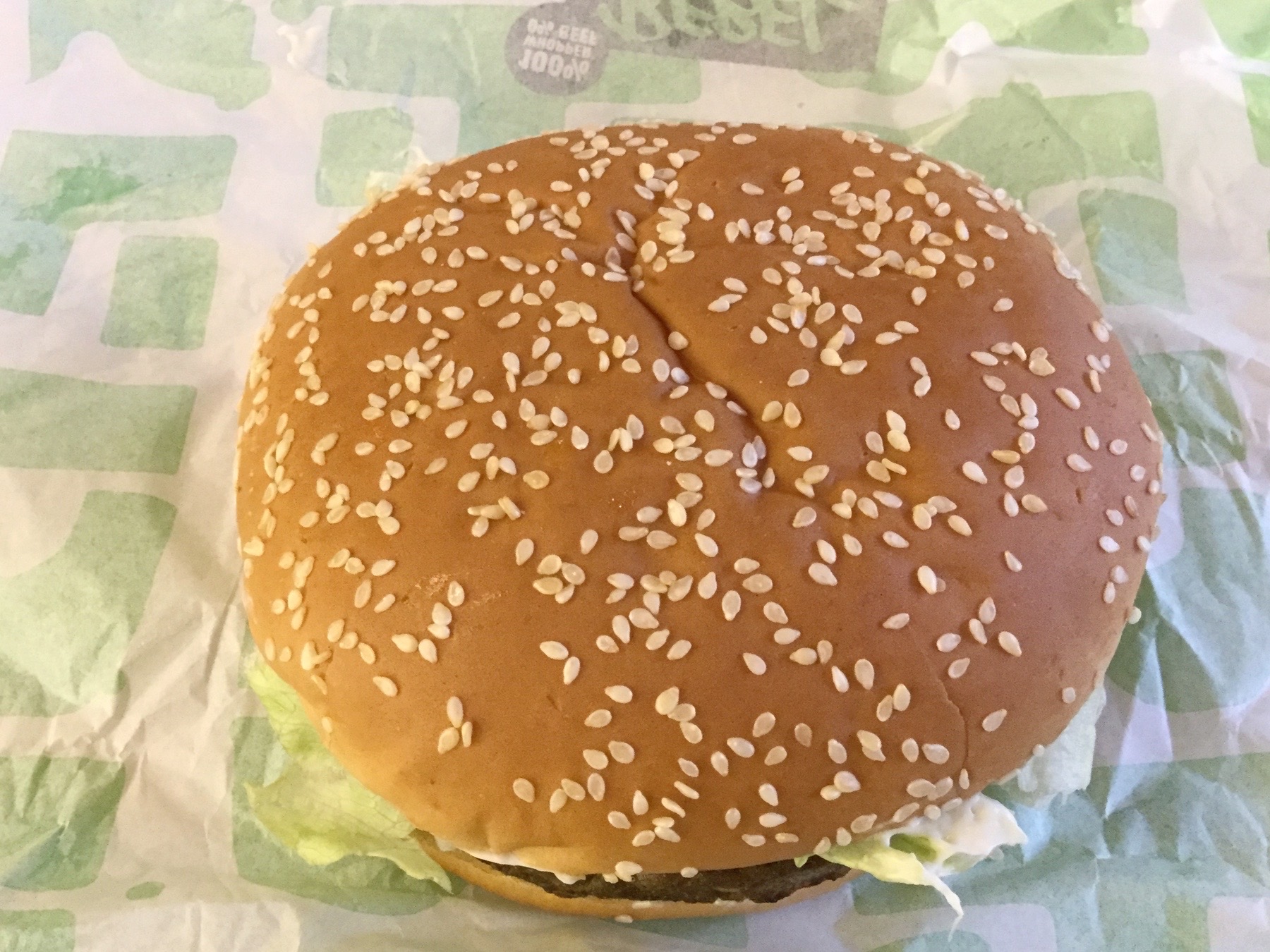 In the brief period that I waited I noticed plenty of other people ordering them so, for the moment at least, they have achieved lift-off.

I take the top off the Whopper and, just as with the Impossible Whopper what I can see inside looks exactly like a meat Whopper. I see lettuce and mayonnaise, pickles and tomato, and a patty. Everything seems present and correct. I notice that the burger itself has the traditional striped grill marks and crumbles around the edges like a meat Whopper. 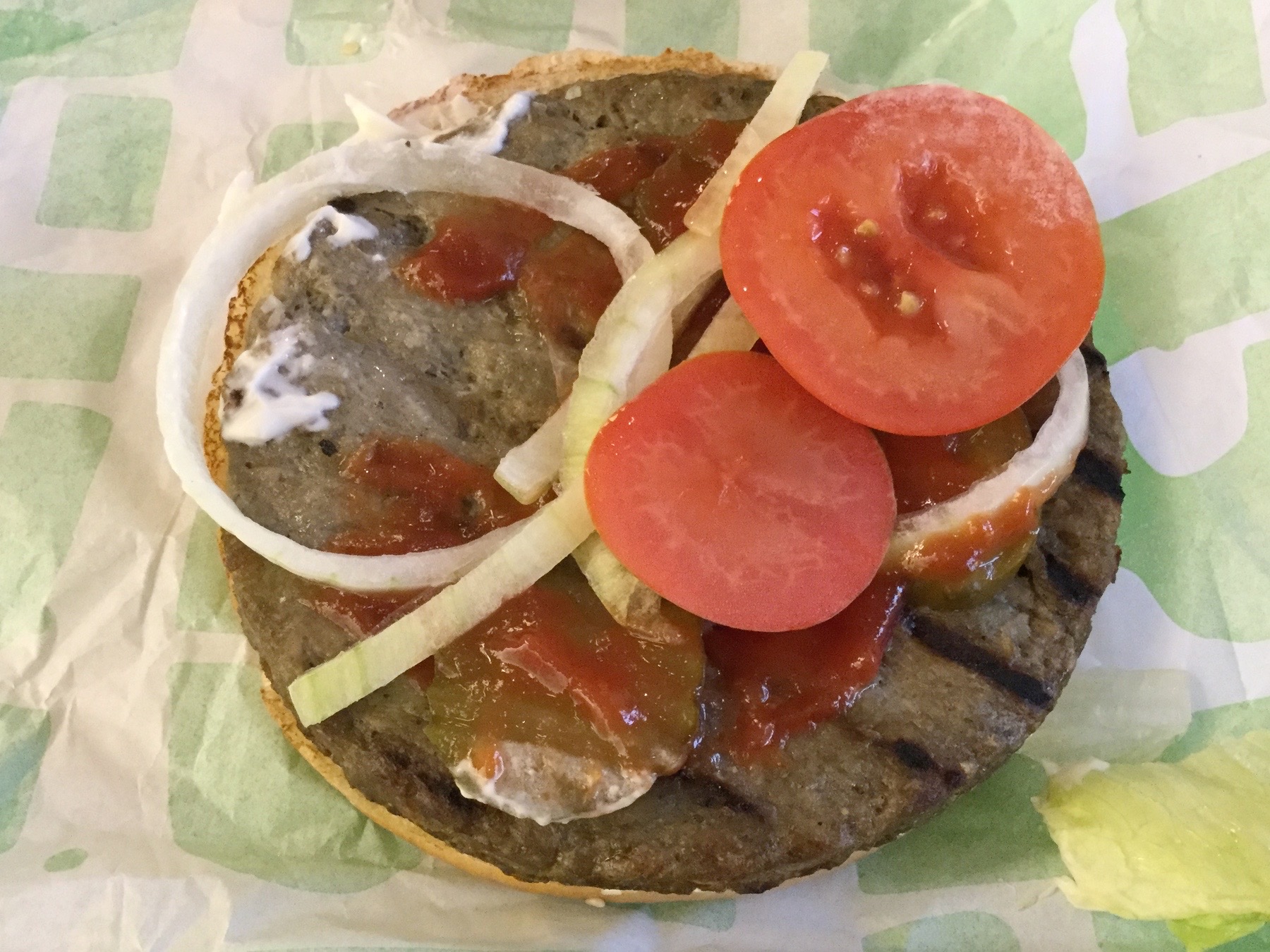 I should point out that much of the garnish has clung to the upper bun. When I put them back together the Whopper contains pickles, lettuce, onions, and lots of tomato, as well as non-vegan mayo that you can ask to have left out, if you are so inclined.

What I said about the Impossible Whopper in the summer remains true here: in the context of a fast food sandwich it works with astonishing success. As previously, I notice afterwards that my Rebel Whopper has even left the same kind of bits between my teeth that a meat burger would.

How do the two compare? Frankly I find this impossible to say. I would need to eat them one after the other to spot the differences. This must, then, mean that the differences do not amount to anything large. Both worked excellently as burger fillings, and both Whoppers looked and tasted like a Whopper-lover would expect.

I would certainly have one again. In fact I might even say that I would feel more tempted to visit Burger King for an emergency intake of fast food, now that I know that I can get a Rebel Whopper all over Europe.

The Rebel Whopper meal cost 8.45€ and I did not look to see what the Whopper would cost on its own.