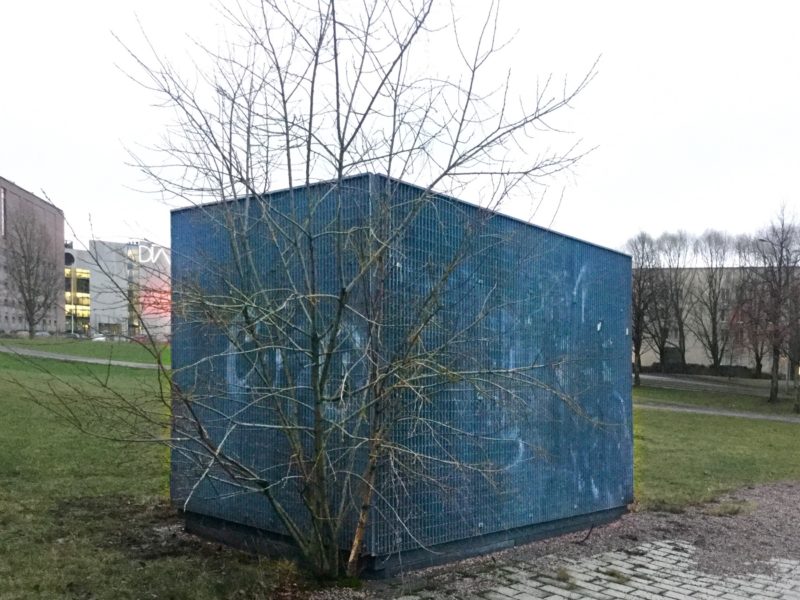 This morning the snow had gone completely and the pavements felt delightfully icy underfoot as I walked to the bus stop.

This time we had broken down just after turning off Itäväylä by Plantagen, and so I decided to walk back, as did everyone else on the bus. As I crossed the road the 97 and 842 whizzed by. As I approached the bus stop the 93 passed. I ran and missed it by a couple of metres.

I stood at the bus stop waiting for nearly fifteen minutes for the next bus – another 97V. This discovered that the position of the broken-down bus made it practically impossible to get past. Five minutes of reversing back into the main road, waiting for the lights to change and the traffic to move off ensued, until finally the bus drove the wrong way round the traffic island.

A whole tribe of preschool children then boarded the bus with their helpers and took about five minutes to disembark at Itäkeskus. I had sat at the back of the bus, and remained trapped until they eventually all left.

An hour and twenty minutes after leaving home I walk past Prakticum on the way to Arcada. I look back and see this sub-station gleaming in the morning light, like a distant relative of the Tardis. I chuckle and capture it before it takes off.