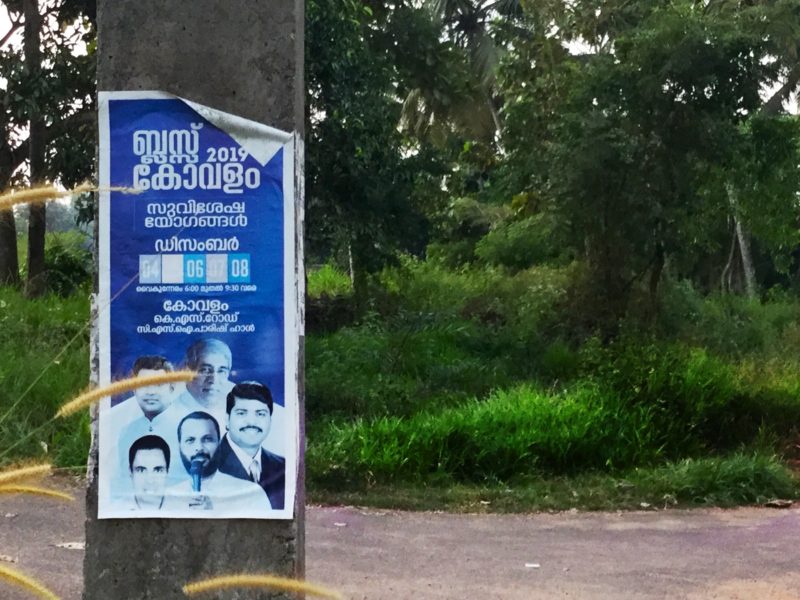 At 14:00 today I met the DGD group for the first time. They showed me what they had done in November, and then a group of visitors arrived as part of their tour of the premises. I described Scratch for them. Two of them had heard of it.

Later we made a two player version of Pong that everyone got working in an hour and a bit. That demonstrated how far they have come.

At 16:00 a new group arrived. The social workers have found me six more teenage girls, who actually consist of two housewives, a young mother, with daughter and friend, and two teenage girls.

We started again. Simi and I get to practise the pedagogy, which may prove valuable later.

Now we have arrived home and I walk down the road to photograph an old poster that I have noticed every day since we arrived. In India some things go up but never come down. The colors have almost gone but the image remains.